SMPTE has announced new officers and governors for the 2019-2020 term. Patrick Griffis, VP technology in the office of CTO at Dolby Laboratories, will take office as the new SMPTE president effective Jan. 1, 2019.

"Pat's dedication to SMPTE is truly remarkable, and his passion, energy, and expertise will be vital to the Society's success in meeting its ambitious goals for the coming years. I look forward to seeing SMPTE's continued evolution under his leadership."

Griffis, who currently serves as SMPTE executive vice president and has previously held roles including education vice president, secretary-treasurer, and U.S. western region governor, will serve a two-year term as SMPTE president. Goldman will continue to serve as a SMPTE officer on the Executive Committee of the Board of Governors as the Society's immediate past president. 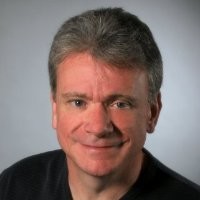 Patrick Griffis VP technology in the office of CTO at Dolby will serve as the 2019-2020 SMPTE president.

Governors who were not up for re-election and who continue on the SMPTE Board of Governors include Merrick (Rick) Ackermans; Paul Briscoe; Mark Harrison ; Siegfried Foessel; Paul Chapman; Renard Jenkins; Ward Hansford; and Ben Waggoner.

Officers who were not up for re-election and who continue to serve on the SMPTE Board of Governors Executive Committee include SMPTE Standards Vice President Bruce Devlin and SMPTE Membership Vice President Peter Wharton.

Newly elected officers and governors will be introduced to the SMPTE membership at the Society's Annual General Membership Meeting, scheduled for 8 a.m. on Oct. 23 at the Westin Bonaventure Hotel and Suites in downtown Los Angeles in conjunction with the SMPTE 2018 Annual Technical Conference & Exhibition (SMPTE 2018).