“Our annual SMPTE Technical Conference & Exhibition, along with the Symposium that precedes it, is a full week from October 22nd through the 25th of activities highlighting the best that we can offer in ongoing education for media professionals,” began Barbara Lange, executive director of both SMPTE and the HPA (Hollywood Professional Association).

“SMPTE 2018 is really a deep dive into the information that everyone in the technology sector needs to have in order to keep current with our rapidly-changing industry.”

The week will kick off with Monday’s Symposium, whose theme will be “DRIVING THE ENTERTAINMENT REVOLUTION: Autonomous Cars, Machine Intelligence, & Mixed Reality”, headlined by a keynote address titled “Safety Today for the Autonomous Tomorrow” given by Douglas Davis, senior vice president of Intel’s automated driving group.

As Lange described it, “The whole day will be about how media gets into an autonomous car and how it will be consumed. It’s a little further out than what SMPTE usually gets concerned with, but this is a highly relevant topic for today’s evolving media environment.”

The next three days, Tuesday, Wednesday and Thursday, will be filled with presentations and panel discussions that will be structured into three concurrent sessions.

“This is actually a slight increase from what we have traditionally offered, covering everything from camera to display,” Lange said. We’ll also be including the ‘bigger, brighter pixels’ discussion over HDR and UHD, developments in AI and VR, the implementation of various new standards relating to IP, issues like what is ‘Blockchain’, and even how advertising will be affected.”

That’s one reason this year’s SMPTE Conference has moved to a new venue, since the Westin Bonaventure hotel in downtown Los Angeles provides greater capacity to hold a larger convention.

That will be reflected in the exhibit hall, where 83 companies in 94 spaces will be presenting the latest technologies that attendees will want to see, with special focus areas on IMF and SMPTE ST 2059.

“This new facility will also allow us some flexibility in our evening activities,” Lange said. “On Monday evening we’ll host a rooftop Luau party on the Pool Deck Plaza, Tuesday night we’ll have our third annual Oktoberfest in the exhibit hall and Wednesday evening there will be our Spooktacular Halloween-themed reception. This all culminates with our Thursday night Awards Gala where we recognize about 40 individuals for their contributions to our professional community.” 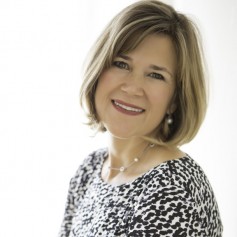 Barbara Lange, executive director of both SMPTE and the HPA.

On Monday at noon there will also be the Women in Technology Luncheon, presented by HPA Women in Post and SMPTE (special ticket required) featuring speaker Rachel Payne, CEO of FEM Inc.

Then on Tuesday morning, the SMPTE Annual General Membership Meeting will take place which is required by their by-laws and is open to all members.

“The big thing the Board of Governors has been working on is a three year strategic business plan,” Lange said. “This is where we will introduce the Board’s plan to the membership, as it will to help our Society move into the 21st century.”

And Wednesday morning, AWS Elemental, an Amazon Web Services (AWS) company, will be sponsoring a “4K 4 Charity Fun Run” in Los Angeles’ Elysian Park, with transportation provided to and from the starting line. Proceeds will go to benefit the Geena Davis Institute on Gender in Media.

As Lange puts it, the SMPTE 2018 Symposium and Technical Conference is designed to be a combination of learning and fun.

“We hope people will be educated on all the new technologies and see that SMPTE is addressing all of the concerns of the day,” Lange said. “But it’s also an opportunity to meet new people who are facing the same challenges you are, so networking is a major reason for meeting your colleagues at the Westin Bonaventure from October 22nd thru the 25th.”