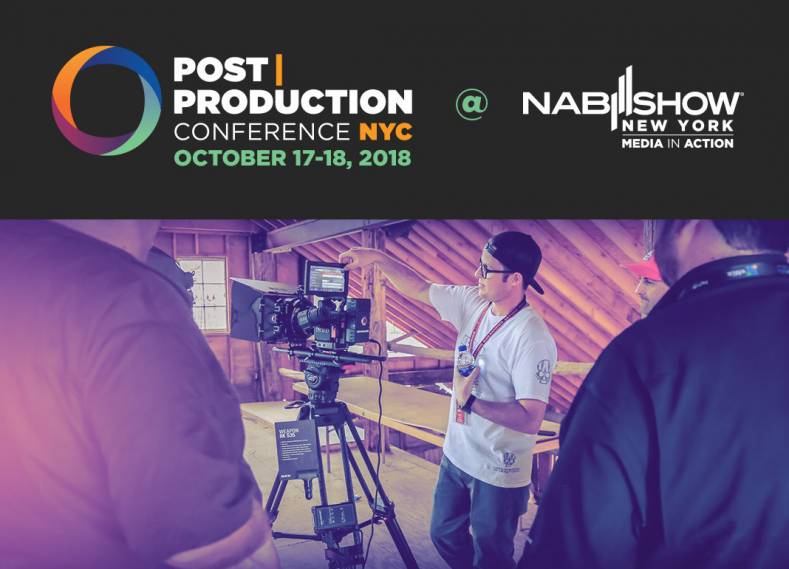 It’s one thing to see the latest pro equipment, but even better to get trained on it.

There will be lots to see, do and most importantly, learn during the New York NAB Show being held at the Javits K. Center from October 17-18, 2018.

For post production pros especially, there will be three opportunities in and around the NAB Convention to experience the latest trends and technologies affecting film/video content creators that become crucial after the cameras stop turning All are being produced in partnership with Future Media Concepts (FMC). 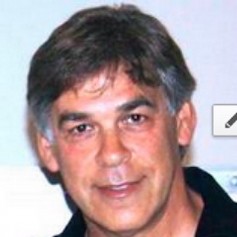 “For the past 15 years, Future Media Concepts has produced the educations programs for the NAB conferences in New York, Las Vegas and Shanghai,” said Ben Kozuch, co-founder and president of FMC, “and it should be understood these sessions are intended for experienced professionals rather than stark beginners.”

First, for those with complimentary passes to the NAB exhibition floor, there will be a free presentation area called the Post Production Campus.

You will find it on the 3rd floor of the Javitz Center, located in the Post+Production Pavilion, kitty-corner to the Taste of New York Food Court.

Here you will be able to sit in on 30 minute immersive learning sessions of new technologies helping the post process evolve.

Sitting in on the Post Production Campus comes with the NAB Show exhibit hall registration.

However, for those who want more intensive training, there will also be the Post|Production Conference, a multi-day event running from 8:30AM to 5:00 PM under the title “Shoot to Post Training”.

These are designed for intermediate-to-advanced level professionals who want to further their skills.

On each of the two days of the conference there will be three “Shoot to Post Training” parallel educational tracks: Editing & Color, Motion Graphics & VFX and Production Techniques. 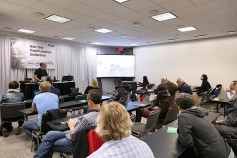 Registration for these sessions will cost $595 for a single day, or $995 for both.

In addition to the “Shoot to Post Training” sessions, there will be two more all-day workshops: Producing Corporate & In-House Videos, and Cinematic Lighting.

These will require separate registrations of $585 per day, and will provide attendees with hands-on experience using professional equipment on real working sets and studios and at FMC’s own New York training facilities.

FMC has been NAB's training paertner for 15 years

“Then, starting on the Friday after the NAB Show in New York, we will also be offering a special three day training course on Adobe After Effects,” Kozuch said. “Held in FMC's own mid-town training facility, this is really for those people who want to maximize their visit to the New York area.”

Attendees to the NAB Show New York will want to prioritize fitting these workshops into their schedules since, as Kozuch said, the instructors will be the same thought leaders who presented similar sessions during the NAB Show in Las Vegas.