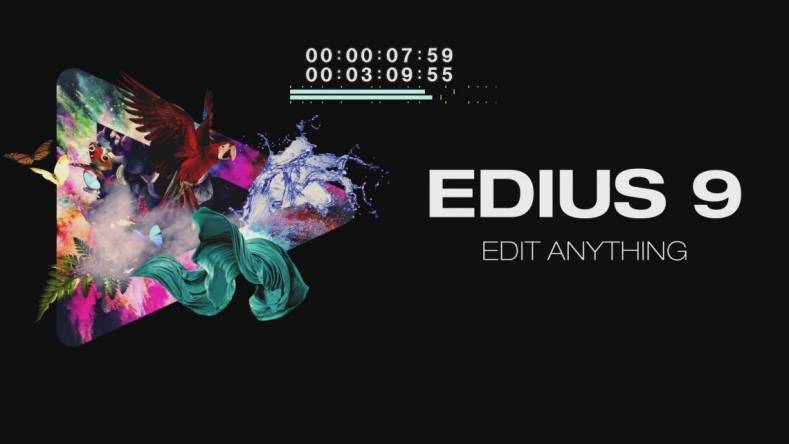 The new banner for Grass Valley’s Edius Pro 9.30 displays one of the features filmmakers will value most: a toggled 50/60p timecode display.

It sounds like just a “dot 3” upgrade, but this new version of Grass Valley’s Edius Pro editing software, coming only months after unveiling 9.20 at last April’s NAB Show, brings with it some of the most interesting new editing features of all the NLE’s shown in Amsterdam.

In addition, as a special offer for the Europe, Middle East and Africa (EMEA) markets, starting from the first day of IBC2018 (September 14th) and running through the end of the year, anyone purchasing Edius 9 will get a free copy of ProDAD’s Vitascene V3 LE VFX program. That’s worth $194.30 (167€), while existing Edius 9 clients will have to shell out $45 (167€) to get the same package.

The 9.30 upgrade is, of course, free to existing Edius users. 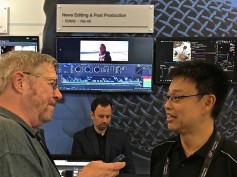 The first new feature that Atsushi (Alex) Kataoka, director of product management, editing systems at Grass Valley pointed out to me was the ability to display a preview of closed captions.

“It’s been a long time request,” Kataoka said, “and can be invaluable when figuring out where captions should appear in complex scenes. Instead of being burned into the image, these subtitles are now part of the metadata in the video stream which means they can be switched on and off.”

He then demonstrated that vers. 9.30 offers a 50/60p timecode display. The frames are numbered from 0 to 49 or 59 respectively, and like the subtitles are not burned in. There is also GPU-accelerated decoding of the computationally-intensive RED Raw format, which now joins Sony Raw and Canon Raw.

Since the need for multiple output formats is the bane of today’s editors, this new software’s exporter now offers up to four standard settings instead of one. To increase the already impressive quality of slo-mo and frame rate conversion, there are now settings to optimize the image analysis and interpolation of the image material being treated.

Mync was firsst introduced in Edius version 8 in 2015. Click to enlarge.

Rio’s Neo panel where all color grading tools are valuable at a single button press. Click to enlarge.

“Now in version 4.5, Rio can now support Dolby Vision as well as other flavors of HDR.” Rio has a very large customer base in Japan and the UK, supporting may digital cinema formats along with IMF (Interoperable Mastering Format), and the team working on Rio is being moved to Kobe, Japan, so they can be merged with the Edius group. We’ll probably see the implications of this in the future.

A final development for this NLE is that Edius is now running in the cloud on the Amazon AWS platform. We’ve seen demo’s of this before, but IBC2018 was the first time it was presented fully integrated.

“Once content is moved into the cloud, it opens up a lot of possibilities for implementing Artificial Intelligence,” Kataoka finished up. “Benefits could included automated image identification, metadata search, and maybe even background sports highlight reel creation. Look for more at the next NAB Show.”

Gras Valley is aggressively encouraging editors to consider changing their favorite editing software. At the IBC2018 Show the company announced that from September 2018 onward any editor wanting to switch over from another brand of NLE can get aboard Edius Pro 9 for $430 (369€). Note this is the recommended retail price and in many countries you’d also have to pay the local VAT. If you don’t know what “VAT” (Value Added Tax) is, look it up.