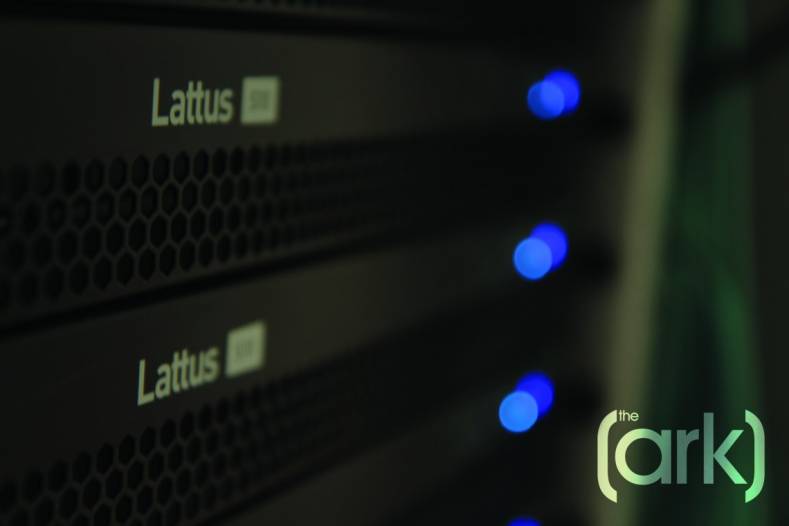 Branded as arKive, the Ark's system sees around 300 hours uploaded per week.

In a digital world where data is being created at an increasingly rapid rate, companies that deal with large amounts of data such as post-production facilities are constantly challenged to maintain reliable and easily accessed archives.

The Ark launched 13 years ago as a tape-based operation majoring on standards conversion. In 2007 it introduced a large data storage system for file storage in support of its migration to tape less edit systems and to cope with increasing demands for coding and delivering content as files. Based over two sites in London, The Ark offers duplication, conversion, encoding and transcoding services located at Bateman Street, Soho and production, edit and audio dubbing suites at Royal College Street, King’s Cross.

It was alert to a business opportunity in offering a large video intranet (community cloud) as a service to producers and broadcasters looking to archive and quickly retrieve terabytes of high-resolution assets. Last year it invested again, this time in a highly scalable data storage solution that has helped expand the business.

“We noticed an exponential growth in the amount of content that we are capturing and storing on behalf of customers,” says Ark CEO Brendan O’Reilly.

“Our clients typically need to access their media infrequently but also want it to be recoverable next day to feed returning series or programme sales,” explains technical consultant, David Carstairs. “We had a StorNext (File Storage System) linked to a modest networked storage system which was being filled up exponentially quickly. We looked at different models from LTO tape to expanded networked storage and arrived at a solution that combined the StorNext Storage Manager software with Quantum’s Lattus-M.”

Lattus-M deploys object storage which complements traditional disk and tape – but is seen as doing a more resilient job than either in terms of capacity and access speeds. Carstairs likens Object Storage to a soduko puzzle. “With Erasure Coding, as long as you know some of the numbers, the blanks or missing information can be calculated. You can spread the data over multiple sites for improved disaster recovery and retrieve assets far quicker than from LTO tape.”

Quantum's system is also capable of storage on nodes over multiple sites which reduces the risks inherent in storage on a single site. Branded as arKive, the Ark's system sees around 300 hours uploaded per week. The system is accessible by third parties who can populate it with their own data.

Since the introduction of Digital Production Partnership (DPP) mandated AS-11 file delivery to UK broadcasters, the facility has seen a rise in interest from producers and distributors looking for AS-11 workflow and onward file storage.

“Many producers don't fully understand the mechanisms behind DPP workflows and ideally what we do is take that headache away,” says Carstairs.

Among The Ark's services are encoding from tape/file sources to all recognised formats and functions from audio Loudness including EBU R128, eyeball and automated QC and formatting into AS-11 deliverables for UK broadcasters. It repurposes material on behalf of programme distributors to platforms like iTunes, Google, Amazon, Microsoft, Sony DADC and Red Bee Media.

“Every client has individual needs so we offer a bespoke service around three levels of storage: near line work in progress, disc-based storage for urgent retrieval or third tier deeper archive on LTO.”

He adds, “It's difficult to offer a cloud base storage because of the size of files. We are regularly handling 100+GB files. That's problematic for most producers to handle in house but we can distribute them internationally via Aspera and Signiant. We have the connectivity to be able to concurrently deliver multiple files. It's much better to handle this size of file in house than in the Cloud.”

Recently The Ark introduced a production arm targeting 4K UHDTV work principally for producers outside the broadcast industry although once an accepted deployment is agreed this work will extend to this area. “For some clients there is a huge benefit in 4K because they want their content to be seen at the highest quality even if the number of end displays is limited.”