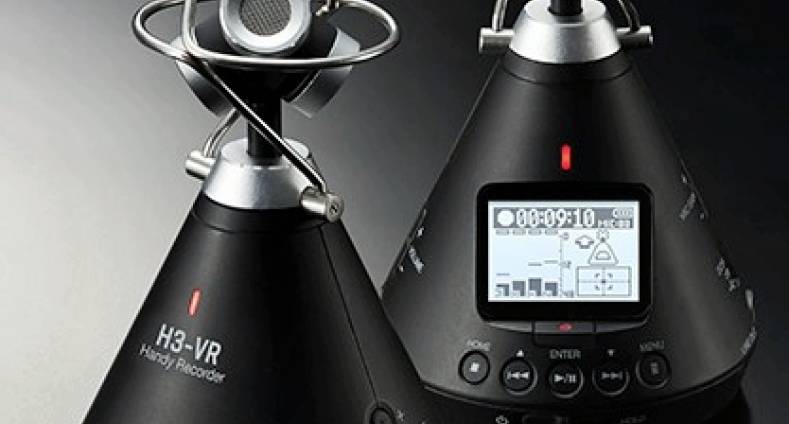 Zoom has announced its latest handy recorder, the H3-VR, which not only records in Ambisonics format, but also offers binaural stereo, standard stereo, 5.1 surround support and live streaming.

Zoom said the recorder is self-contained and provides a way to record 360-audio and monitor in real time. In the past, capturing VR audio required a dedicated Ambisonics microphone, a separate recorder and a computer for decoding the audio from raw Ambisonics A format to VR-ready Ambisonics B format.

The H3-VR allows for fast setup and easy processing. The recorder can even adjust the audio rotation of the Ambisonics playback for an unprecedented amount of control. The H3-VR's four-capsule microphone captures 360-degree audio recordings, precisely, up to 24-bit/96 kHz. The binaural setting provides a hyper-realistic spatial recording that enhances 2D productions with 3D audio. And compared to procuring a very expensive binaural head, the H3-VR offers an incredible value proposition for binaural recordings.

The conical enclosure is lightweight (4.2 ounces) and features a backlit LCD screen that automatically adjusts to the unit's positioning. The two independent 3.5mm audio outputs with dedicated volume controls provide headphone monitoring and a line out to a camera, while the input volume gain easily adjusts the gains for all four mic capsules simultaneously. 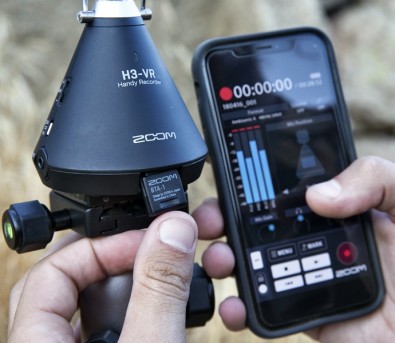 The onboard SD card slot accept cards up to 512GB, allowing for the recorder to operate in stand-alone fashion. The H3-VR can be powered by two AA batteries for up to 24 hours. For longer recording time, the unit can be connected via USB into an AC adapter or host device.

The H3-VR can also function as a high-quality stereo microphone for live-streaming, video conferencing and direct recording for your computer or iOS device. An optional Bluetooth adapter (BTA-1) allows the H3-VR Control application to access transport controls, set levels, and input metadata notes directly from the iOS device.

The companion Zoom Ambisonics Player software (Mac/Windows) takes the work out of post-production by easily converting the Ambisonics files to stereo, binaural, and 5.1 surround. It allows users to play, trim, re-orient and export audio files in minutes. The H3-VR ships with a foam windscreen, dual mount adapter and two AA batteries.