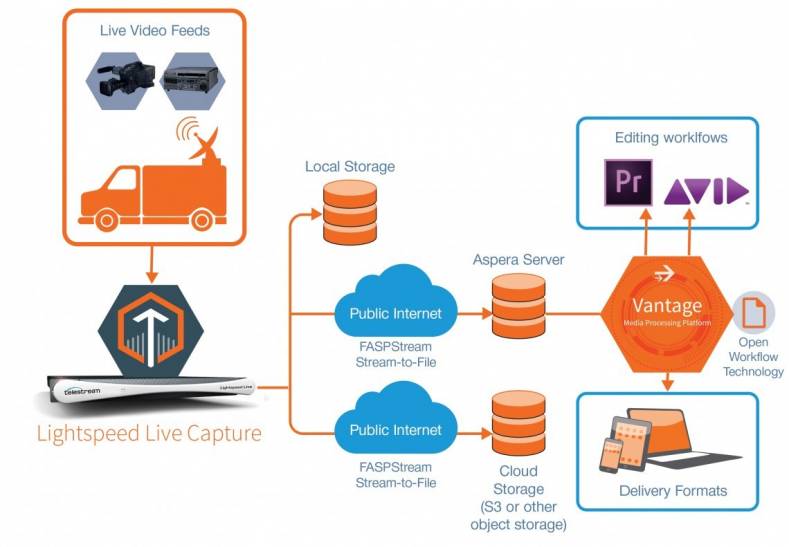 Fox Sports uses Aspera and Telestream solution for near real-time editing and production over standard IP for coverage of the World Cup 2018.

As the demand for live content explodes, so does the expectations for quality from the viewership. Capturing and producing content for live events poses unique challenges, and until now, remote production has been an unattainable goal.

Telestream and Aspera have teamed up to develop what they call a game-changing, joint solution. The union of Telestream Vantage, Lightspeed Live Capture and Aspera FASPStream technology is intended to enable live broadcast quality video from remote locations for faster production turnaround.

According to Aspera, transcoding, packaging, editing and other downstream workflows can start immediately, significantly shortening production time and increasing the quality of the produced content.

“Now creative teams can now work on a live capture feed delivered from remote a location (across the country or around the world) while the event is taking place, without waiting for the entire file to be first written to disk and then transferred — all while editing in real time over the unmanaged Internet, which eliminates the high cost of co-locating a post-production crew and expensive satellite, IP and fiber connections,” Aspera argues.

Fox Sports used the solution to augment its production facilities in Los Angeles for coverage of this summer’s FIFA World Cup - 2018 Russia. By avoiding the creation of entirely new facilities in Russia and the movement of staff to Russia for the duration of the tournament, Fox Sports could instead invest more in the LA facility for near real-time editing and production - all over standard IP networks.