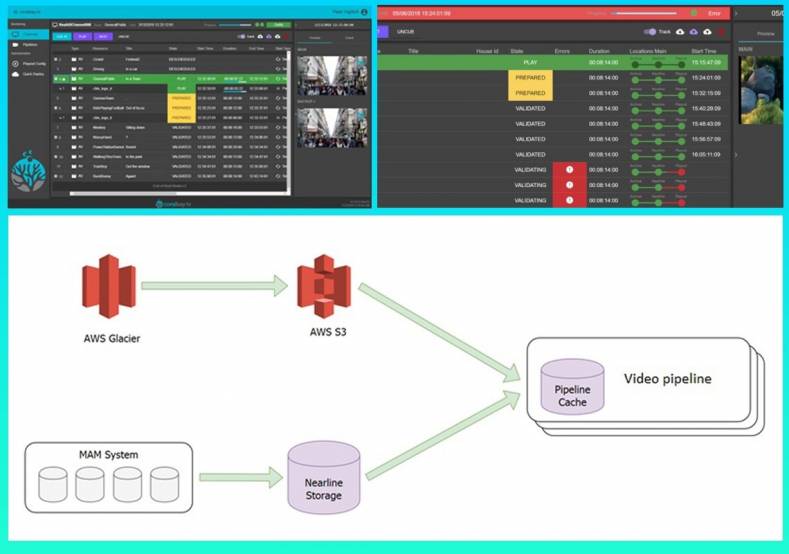 New software provides an automation control interface and a video pipeline delivering video and audio in a variety of output formats.

coralbay.tv offers software-based playout solutions that can be hosted on bare metal, virtual machines or in public clouds such as AWS, Google Cloud or Microsoft Azure. At IBC2018, the company demonstrated coralPlay, a new generation of playout software that has been designed from the outset to work in the cloud but that can also be run on standard PCs, should the customer prefer to host the system in their facility. The software provides an automation control interface as well as a video pipeline, delivering video and audio in a variety of output formats. As well as delivering primary video, coralPlay provides secondary functions such as graphics and subtitling.

The system can scale from one to hundreds of channels. Channels can be launched within seconds and also decommissioned easily after use, all in software, without the need for complex re-wiring or having to take the system down to perform software updates. coralPlay is able to support multiple frame rates within the same system thereby enabling the same system to control channels for both NTSC and PAL regions at the same time.

coralbay.tv recently announced that the company has added low latency video preview and monitoring to its coralPlay playout products by integrating NewTek NDI technology. “The incorporation of NewTek’s NDI in coralPlay demonstrates our commitment to providing solutions that can be used for live events such as news and sports where operators require instant feedback in order to make operational decisions. With delays of less than a frame, this is now feasible,” said Peter Hajittofi, CEO of coralbay.tv. “The technology also enables coralPlay to integrate easily with third-party devices such as discrete graphics products, so that we can offer best of breed solutions to customers who need it.”