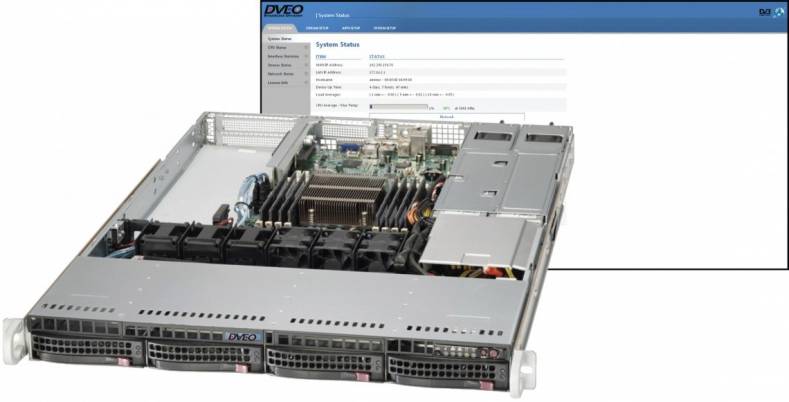 Called the VOD Segmenter: Premises, this transcoder also encodes all profiles simultaneously -- up to five times faster than real time it is claimed. An optional feature also speeds up encoding of asynchronous formats.

The Linux-based appliance accepts files via drag and drop and repackages them to multiple encoded HLS segment files, at the requested bitrates and resolutions. It includes fMP4 segment file support*, which means distribution may utilize a single segment for both HLS and DASH clients.

With this unique system, we've applied DVEO's deep experience with live encoding to file to file encoding," commented Laszlo Zoltan, vp of DVEO. "The VOD Segmenter's intelligent management programs organize, timestamp, and properly curate file segments. Operators get unified packaging to which they can add DRM on an as-needed basis; fMP4 segment file support, which means the same segment feeds both HLS and DASH clients; and catch-up TV, with superior rewind and fast forwarding via our unique URL-based based buffering system – including insertion of real time ads in the buffered playback."

* Fragmented MP4 is a streaming media format based on Part 12 of the MPEG-4 standard (ISO base media file format). Unlike the older MPEG-2 Transport Stream (M2TS) format, which is used in Apple's streaming platform, fragmented MP4 (fMP4) does not multiplex the audio and video together. This allows the streams to be stored separately, which means the total combinations of files necessary to support multiple bit rates, resolutions and languages is dramatically lower than with M2TS. Source: The Free Dictionary.com]