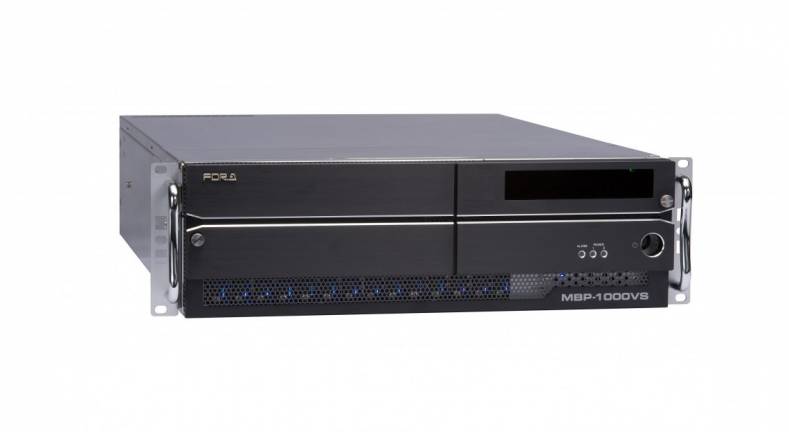 The FOR-A MBP-1000VS can be ordered with either a 4K XAVC or MPEG-2 codec, which allows for a direct interface to a variety of NLE systems via Ethernet connection.

The company said it is offering a range of MBP-1000VS interfaces for 12G-SDI or video over IP transmission, including 12G-SDI, 3G-SDI, and SFP+, to accommodate varying user needs for inputs/outputs and size of internal storage (SSD).

Finally, the company will spotlight a new Variable Frame Rate Camera that’s specially designed for live, instant replay in ultra-slow motion. The new FT-ONE-SS4K camera supports UHD shot at up to 1000 frames per second and provides continual, real-time 4K live output. A native 2/3-inch image sensor enables the use of a B4 bayonet broadcast lens directly on the camera.