The Academy of Motion Picture Arts and Sciences has joined forces with The Linux Foundation to set up the Academy Software Foundation (ASWF) as a neutral forum for open source software development in the motion picture and broadcast media industries. The body will provide a focal point for collaboration on technologies and sharing resources for image creation, visual effects, animation and sound.

The need for a separate body to focus specifically on the challenges of open source software was highlighted by Rob Bredow, head of visual effects company Industrial Light & Magic, who is also part of the ASWF’s Science and Technology Council and chair of its Open Source Investigation Committee.

Bredow has long been an evangelist for open source. He launched the open source initiative at Sony Pictures Imageworks, and contributed various open source projects to the community. One of these was Alembic, the well-known and widely used interchange file format for computer graphics in visual effects and animation.

But Bredow became increasingly concerned that open source in the video industry was becoming a victim of its initial success and becoming bogged down in some traditional problems faced in other sectors. Apart from being free, one advantage of open source is the flexibility to tailor it to individual requirements with access to the source code to make modifications. But this can be a two-edged sword by creating vulnerabilities that can be exploited by hackers and it can also generate hidden costs in supporting unique implementations and keeping them up to date.

Another two-edged sword is the fact that within a given open source community enterprises or businesses with greater resources often donate the results of their projects, which enhances the value of the whole ecosystem and provides software that smaller players otherwise could not afford to deploy. But this can create disparate licensing requirements for some aspects of the technology and complex interdependencies between multiple versions, adding to the burden and cost of support. According to Bredow this was affecting the health of the whole open source community around animation and special effects.

For this reason, the Academy of Motion Picture Arts and Sciences started examining the open source community in its industry more closely in early 2016 and established an informal group of technology experts to help assess the challenges. It became clear that the Linux Foundation could provide invaluable advice and support because some of the challenges had already been overcome in other industries with which that body was familiar. The informal groupings then coalesced into the ASWF to combine knowledge of open source problems with specific requirements of visual effects, animation and audio. It would be a forum where open source developers could coordinate across projects and establish best practices, with the hope of raising the quality and quantity of open source contributions. 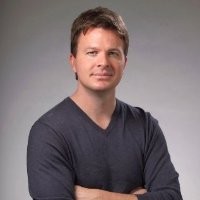 “Open Source Software has enabled developers and engineers to create the amazing visual effects and animation that we see every day in the movies, on television and in video games,” said Jim Zemlin, Executive Director of The Linux Foundation. “With the Academy Software Foundation, we are providing a home for this community of open source developers to collaborate and drive the next wave of innovation across the motion picture and broader media industries.”

Bredow pointed out that as a non-profit organization the ASWF relies on funding from members to provide centralized, neutral resources to the community and coordinate open source efforts. The argument is that by pooling resources in this way participants will on balance get more value for possibly less financial investment.

He argued that these benefits would snowball as ASWF expands and attracts more members as well as projects to take on. Crucially, the Linux Foundation is setting up the infrastructure for building and testing open source software developed under the ASWF’s supervision.