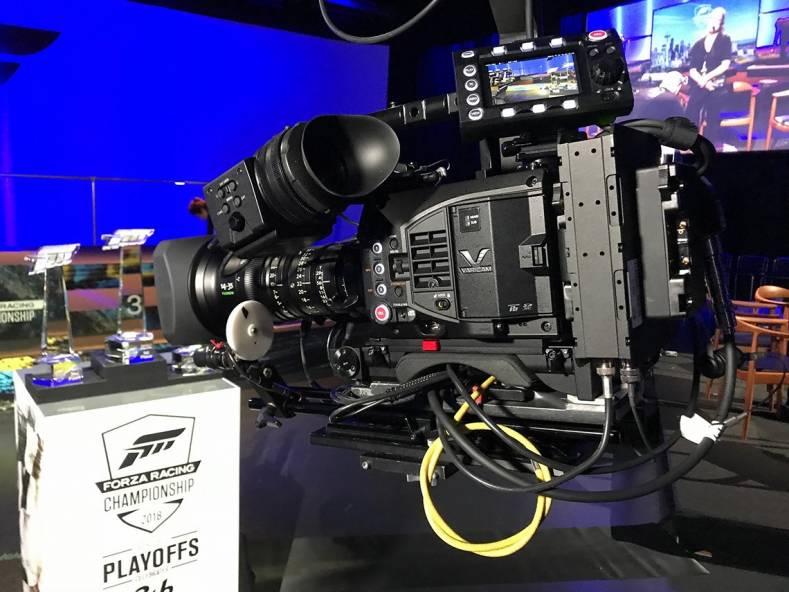 Fremont Studios, Seattle, has purchased four VariCam LT 4K camcorders for diverse mobile and studio projects. Offering an upgraded shading mode, as well as tally and return video management, the VariCam LT with CineLive is set up for live and “near live” multi-cam use for events, television shows, corporate productions and concerts.

Fremont Studios (Seattle, WA) the largest privately owned and operated studio and event facility in the Pacific Northwest, has two large soundstages with a combined square footage of 20,000+. According to President Scott Jonas, the Panasonic VariCam LTs outfit an all-new, compact 22-foot, battery-powered mobile production unit that doubles as an additional control room for the studios. Full control of the cameras is facilitated by Panasonic’s AK-HRP1000 remote control panel. The two soundstages are utilized for live production, special live events supporting audiences up to 3,000 with IMAG, and single camera commercial work.

The VariCam Ver. 6.0 firmware brings broadcast shading and multi-camera control plus tally and return video management to the VariCam LT. This gives users the ability to use the cinematic look and low-light performance of the VariCam LT in live and near-live productions. The CineLive colour management in the new firmware supports two color workflows: broadcast color shading and cinematic color grading using LUTs

Shortly after taking delivery, Fremont Studios deployed the VariCam LTs for an eSports broadcast of the World Championship Xbox Forza Race. “Early in that two-day live event, an event producer told me they were seeing hits upwards of 8,000,000 worldwide,” Jonas said.

“The LT fulfills our needs to utilize cinema lens with the operation of a typical broadcast B4-mount live production camera,” he added. “We chose the LT knowing Panasonic’s experience in building well thought-out cameras and in seeing how the new 35mm VariCam line is proving itself against all the competition.”

“Not all of our customers will be using the cameras for live broadcast,” Jonas continued. “Historically many of our projects are switched live for timing and ISO recorded for finishing in post. The VariCam LT is designed well for that, allowing both in-camera 4K recording and 3G progressive capture in the mobile unit.”