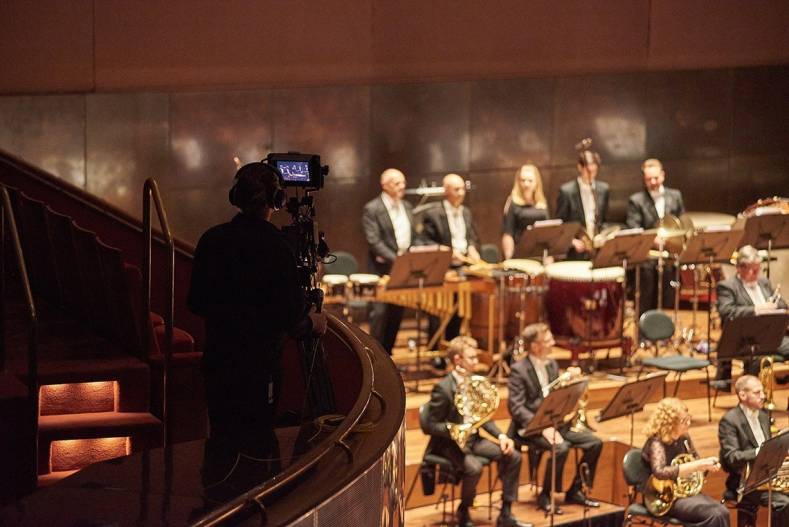 The camera positions had to be discrete for the concert performance.

The MSO opened their 2018 season with a gala concert series that included performances by Brazilian pianist Nelson Freire and Australian heldentenor and Grammy Award nominee, Stuart Skelton. Shot in 4K, the concerts are to be broadcast to audiences in Australia. Previous concerts shot by Avoca Blue of the MSO using Blackmagic Design products were also sold to China and were watched by more than 600,000 views. 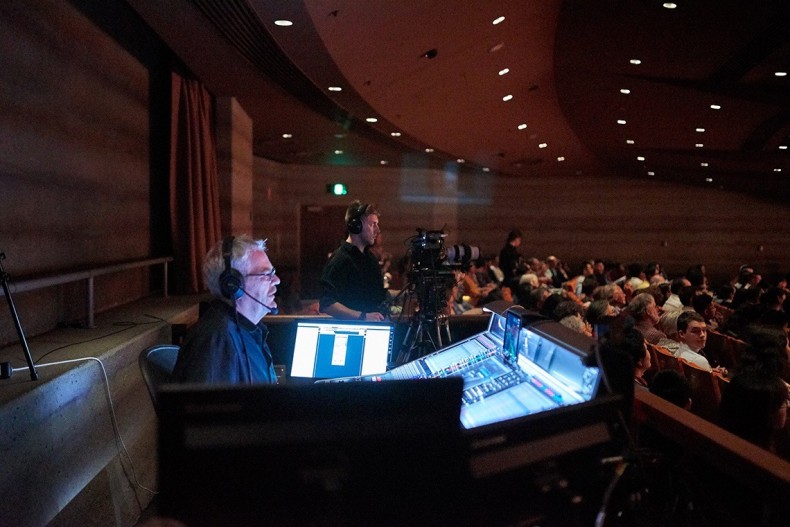 The technical director at the rear of the auditorium seated at the Atem switcher.

Producer Toby Parkinson said “I loved the ability to have the Ursa Broadcasts used with our B4 lenses. The results were phenomenal. We had used cinema camera lenses before, but the zoom was always limiting. For a concert, you want to be able to quickly zoom in on fingers and faces, and being able to use good zoom lenses was fantastic. Being able to do this makes the Ursa Broadcast perfect for these types of live shoots.”

“Also, being able to use B4 lenses with the Ursa Broadcast, we could get in a lot more light through the lens. The director was able to pull out to the orchestra from tight finger shots quickly and beautifully and knowing that we could work in low light we could get more creative with our shots and get really wide open,” he continued.

With the Gala, Toby and Technical Director Ben Doudney were faced with the task of getting as many angles as possible, but at the same time remaining inconspicuous and out of the shot. With eight cameras capturing the performance, they relied on the Ursa Broadcast, Ursa Mini Pro and Micro Studio Camera 4K’s low profiles and small design.

The set-up, which was run with only three camera crew on the Ursa Broadcasts and Ursa Mini 4.6K included using the Ursa Broadcasts set up at 45 degree angles to stage, and raised to the first balcony in order to get full shots of the orchestra and tight shots of the soloists. The Ursa Mini 4.6K EF was set up in the back for wide shots, while the five Micro Studio Camera 4Ks were set up among the artists. This included cameras located near the string, brass, timpani and pianos areas, as well as a unique “Conductor Camera” that ISO’d footage directly in front of the conductor, making it look like the conductor was looking directly at the viewer.