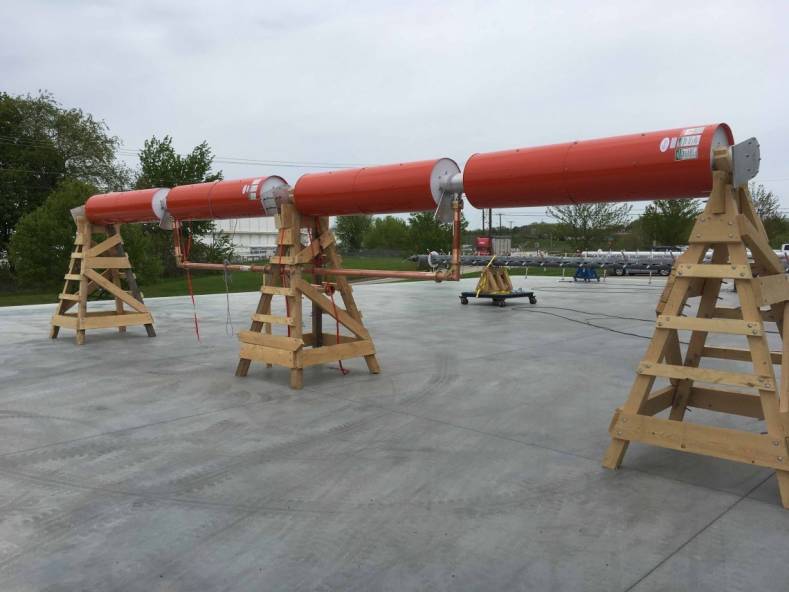 Dielectric has received 11 orders from Puerto Rican broadcasters to date, 10 of which are for spectrum repack antennas. The eleventh order will replace an antenna damaged in the storms. The orders, which include top-mounted and side-mounted primary antennas, are in various stages of manufacturing and shipping.

“While the spectrum repack is challenging for all U.S. broadcasters, those in our ‘51st state’ are starting from scratch,” said Jay Martin, Dielectric’s VP of Sales. “During the intense storms, many of their TV towers collapsed, and essential infrastructure for fiber networks, microwave links, and electrical power was damaged. Those that escaped damage managed to stay on the air provided they can fuel their generators during regular power outages.”

To accelerate the restoration process, the FCC amended its spectrum repack transition plan to re-assign TV stations across Puerto Rico and the Virgin Islands to a new Pre-Phase 1 deadline of August 1, 2018. Prior to this change, Puerto Rican stations were not slated to move to their post-repack channels until either Phase 3 or 10, with deadlines of 2019 or 2020 respectively.

Without this FCC action, these broadcasters would have to spend a lot of money restoring operations on their existing channels, only to have to spend more money to relocate to their new post-repack channels one year later.

“While Dielectric has the industry’s broadest capacity across two facilities to build and ship large numbers of antennas, there will always be logistical challenges when there are close to 500 other repack antenna orders in various stages of completion,” Martin said. “However, that isn’t going to stand in the way of helping our friends in Puerto Rico. We proactively reached out to them to find out what they needed, and we’ve been diligently generating technical proposals for antenna systems that address their unique needs, such as withstanding Category 5 force winds and other extreme weather conditions.”

Among the repack orders destined for Puerto Rico are mid-to-high power, side-mount UHF antennas from the TFU Series; and TLP Series antenna from Dielectric’s Powerlite UHF low-power family. Dielectric also delivered the necessary RF filters and components to OEMs for these systems.

Martin noted that 80 percent of the orders were from long-term Dielectric customers, but the company’s customer-first approach and reputation for finely engineered, highly durable antenna systems attracted some new customers.