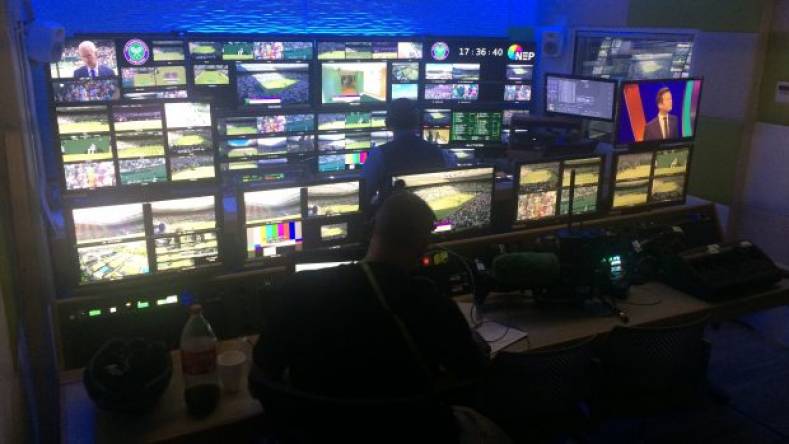 The BBC has declared itself ready to become a full Internet broadcaster after completing trials of live Ultra HD sports streaming over the FIFA 2018 World Cup and Wimbledon tennis championships.

This was despite various glitches during the transmissions even for consumers whose broadband services met the 40 Mbps threshold set by the BBC for receiving the UHD pictures at full quality. The BBC argued that some issues were only to be expected during such trials and that most were fixed quickly while providing feedback that would ensure in-built resilience would avoid them re-occurring in future.

The trials certainly proved popular with 1.6 million requests in total for live World Cup football and Wimbledon tennis, even though only about one quarter of households in the UK have access to 40 Mbps broadband downstream. The BBC streamed all 29 World Cup games for which it had rights as well as every tennis match played on the Center Court during the test period concluding in mid-July. This was in 4K 2160 x 3840 resolution combined with Wide Color Gamut (WCG) using the BT. 2100 standard for UHD, as well as HDR (High Dynamic Range) with the Hybrid Log-Gamma format which the BBC helped develop. Streams were encoded at this UHD specification via a contribution encoder and transmitted to the BBC’s Broadcasting House in London via IP from where it went in to the video router. This fed the UHD distribution encoders which generated four-bit rates of video up to 36 Mbps using the HEVC codec. This was then packaged with the DVB-DASH standard such that 4 second chunks of audio and video could be requested over the internet via a playlist, known as a manifest. These chunks were then served via an origin server in “the cloud” and then cached by servers in a BBC data center. There was a further level of distribution provided by CDNs (content delivery networks) serving large volumes of traffic to many people across the multiple ISPs that deliver the chunks to end devices.

Most of the technical issues that arose were fixed during the course of the trial so the BBC could justifiably call those teething troubles. For example, during the France v Australia game some of the video failed to arrive in time to be served while the audio did, given that DASH separates the two. This led to the audio becoming out of sync by one segment or about four seconds, according to the BBC’s senior product manager Jim Simmons in a blog. This was failed over to the back-up so that the issue was fixed for people exiting the stream and coming back. That recourse quite often sorts our transient streaming issues. There were also some equipment failures including one significant but short-lived network outage, which were all fixed and generally quality of experience improved during the trial.

This did leave the one big Achilles heel of streaming, latency, which is amplified for UHD because of the greater network capacity needed per stream. This was commonly as high as four minutes such that people with neighbors watching broadcast steams heard goals being celebrated during the World Cup way before they appeared on their screens.

Currently latency can only be kept low for applications such as video conferencing where only small numbers of users are accessing the same streams simultaneously, or where expensive proprietary hardware is used. As Simmons pointed out, this is a challenge for the whole broadcasting industry that will be resolved partly through standardization efforts and also through increase in capacity.

Meanwhile the UK’s regulator Ofcom has reported further evidence of the inexorable trend towards OTT in general with figures showing that subscriptions to the country’s three most popular online services Netflix, Amazon Prime Video and Sky’s Now TV have overtaken traditional pay TV services in the country for the first time. According to Ofcom’s latest Media Nations report, which covers major trends in UK TV, subscriptions to these three OTT services reached 15.4 million in the first quarter of 2018, exceeding the total for pay TV at 15.1 million. Pay TV does still dominate in revenue terms because the packages are more expensive but even that declined in 2017 after a period of sustained growth, at £6.4 billion ($8.5 billion) against £895 million for OTT TV.