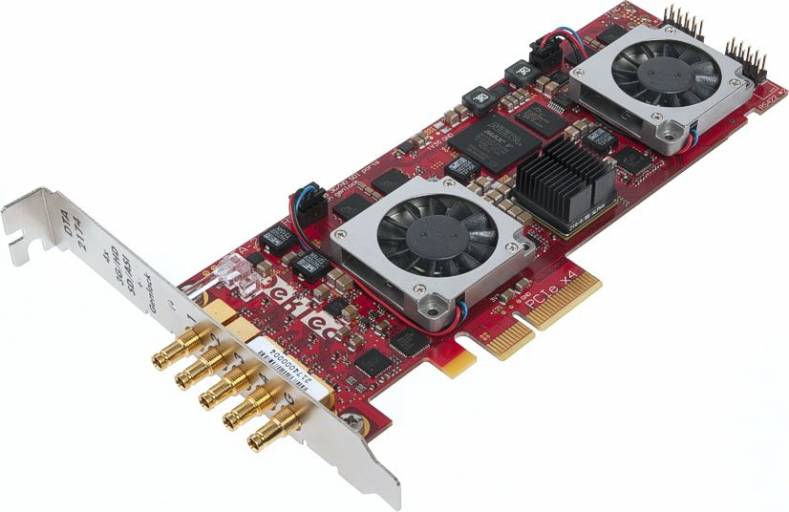 The DTA-2174 is a low-profile PCI express card with four 3G-SDI ports and analogue genlock.

DekTec is well known for the StreamXpressTM player and StreamXpertTM analysers. DekTec recently introduced the first 4K capable PCIe adapter, the DTA-2174. It enables users to generate and receive uncompressed UHD signals with a PC. Transport of the 4K signal to and from PC memory is highly optimized, so that the software can process it in real-time. The DekTec SDK has been extended with Matrix API 2.0 to facilitate writing low-delay HD and UHD applications.

The DTA-2174 is a low-profile PCI express card with four 3G-SDI ports and analogue genlock. The four ports can be combined into a SMPTE 425-5 quad-3G link to carry a UHDTV signal. Alternatively, as is common for many DekTec cards, each port can be configured independently as input or output.

Apart from 4K and 3G-SDI, the ports also support SD- and HD-SDI, as well as DVB-ASI for compressed signals. Other hardware features include scaling of video, conversion between 8, 10 and 16 bits, and separation of video, audio and ancillary data. Two RS-422 ports are present for control of a deck and the genlock port accepts bi- and tri-level reference sources.

The hardware of the DTA-2174 employs a second generation of the matrix buffer architecture, originally introduced on the DTA-2152 and DTA-2154. This architecture enables random access to HANC, VANC and active video in the onboard memory. A high performance DMA engine copies the data at 16Gbps over a four-lane PCI express gen3 interface. 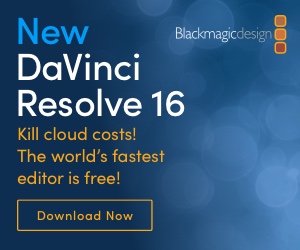