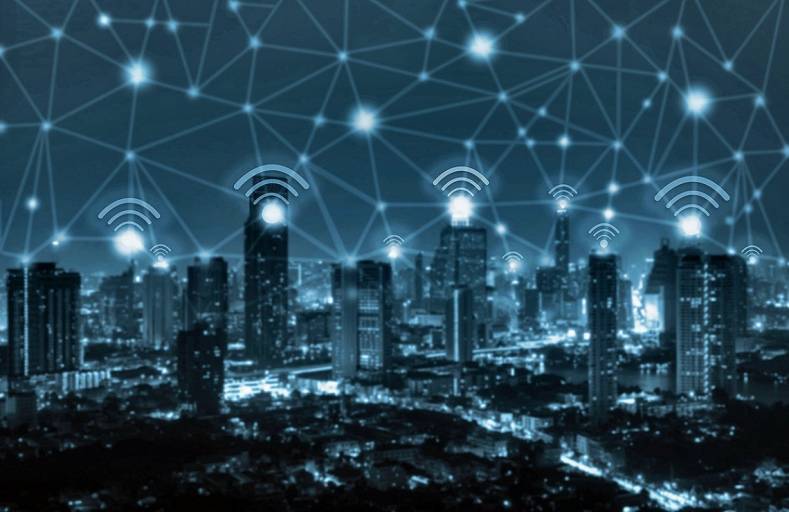 The wireless microphone battle is probably going to continue for a long time. Crushing demands for broadband dominate the spectrum debates and wireless mic users are not very high on the priority list. Whether a large Broadway venue with dozens of critical wireless units working simultaneously or a single video crew with one or two wireless mics, all users are in the same boat.

The latest government rules affect every user and is always subject to change. In essence, here’s what the government did. Congress authorized the Federal Communications Commission (FCC) to use incentive auctions as a means to free up spectrum in the 600 MHz band for wireless broadband use.

Bidding in the broadcast television spectrum incentive auction concluded on March 30, 2017. On April 13, 2017, the FCC announced the results of the auction and the repacking of the TV spectrum. One result of this auction and repack is the use of wireless mic systems in much of the 600 MHz band will eventually be banned.

Depending on where one lives in the U. S., users may be able to use a 600 MHz system in the 617-652 MHz or 663-698 MHz frequencies until the summer of 2020. However, in some areas, users may be affected sooner. In some locations, the auction winners will be able to register and start testing or using spectrum as soon as they are ready. There is no way to predict when that will happen.

In those cases, wireless mic users are out of luck and will have to cease operation in those specific frequencies. Needless to say, this situation must be taken into consideration as purchases and budget for new wireless systems are planned.

Most major wireless microphone vendors are offering discounts for trading in soon-to-be-illegal systems for newer, legal ones. Also, many of these manufacturers — in response to the incentive auctions — have introduced new systems that operate outside the TV bands and also are able to compress more channels into less space. How each manufacturer responds is unique.

During a talk to audio users in New York City during the FCC Spectrum auction, Michael Pettersen of Shure said all manufacturers are under intense pressure to become more efficient in how they use diminishing wireless spectrum.

“In the 1970s, where you might have been able to fit five wireless microphones on a slice of spectrum, we can now we can fit 40. It’s taking whatever they give us and figuring out how best to use it. Over the next five years, it will get pretty ugly as this conflict continues,” Pettersen predicted.

Today, new development of wireless technology is moving fast. Here is an overview of what is now legally available on the wireless market in the U.S. and who the target market is. 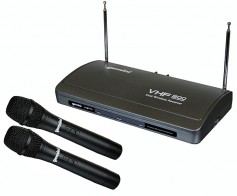 The first is VHF, for “very high frequency.” It occupies 25 – 300 MHz in the wireless spectrum for a range of devices. For unlicensed wireless mic operation, the legal range falls between 169 – 172 MHz. These are called traveling frequencies, because the spectrum can be used in many U.S. cities while running a low risk of interference from other VHF transmissions.

However, VHF is not for everyone since there are few available frequencies and the longer wavelengths make the signal susceptible to noise from electrical devices. Most VHS systems only offer two to four operating frequencies. Rarely used by professionals, VHF is most suitable for amateurs who desire a user-friendly system at the lowest possible price. 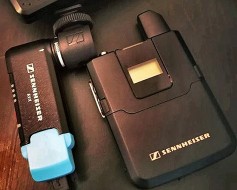 The sweet spot is UHF, for ultra high frequency. It the preferred spectrum range by most professional videographers, television stations and filmmakers. UHF operates in the 400 to 900 MHz range, although much of that has been allocated for other usage by the FCC. Many devices also require a special license.

UHF wavelengths are much shorter in comparison to VHF, allowing for more simultaneous signals to pass near each other without interference. Using UHF systems has advantages such as more selectable frequencies, compact hardware and shorter antennas. UHF doesn’t always require line-of-sight, though it does become more important at longer distances.

Some UHF wireless microphone manufacturers offer the advantage of having dual-channel systems for use with cameras. These include Azden’s 330 Series Dual-Channel Wireless Microphone System.

Of course, UHF is at ground zero in the U.S. regulatory wars. The FCC tends to reallocate areas of the spectrum for mobile hardware and other government usage every few years. Currently, the upper 400 MHz to lower 500 MHz range is open for license-free usage for wireless mic systems, as well as the upper 500 MHz range. There are a few wireless manufacturers making kits that operate in the 900 MHz range.

The 1.9 GHz range was originally conceived and used for cordless consumer phones in homes. But when mobile phone use began to rise, more of the 1.9 GHz frequency became available. Though 1.9 GHz appears to work well for wireless mics, most manufacturers have avoided making gear for it. One reason is the flow of technology development has favored 2.4 GHz. A reason is the FCC has considered allocating 1.9 GHz for other uses and few wanted to take the risk. 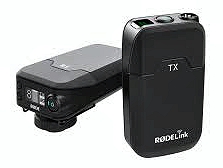 The 2.4 GHz wireless range, which is now being used, is also the same range that Wi-Fi signals transmit.  Almost all Wi-Fi routers will transmit their signal at either 2.4 or 5 GHz. Mics using 2.4 GHz technology are still new to the market and most systems use digital in their transmission. These systems are mostly license-free worldwide.

A downside is 2.4 GHz is dependent on line-of-sight use and crowding from existing Wi-Fi devices in the area. The signals can be blocked by the human body, so 2.4 GHz transmitters are often best worn on front of a subject’s body, as opposed to behind the body. The crowding also cuts down on the operating distance between the transmitter and receiver.

However, using 2.4 GHz gear under ideal conditions with good line-of-sight can achieve over 300 feet in operating distance. With good conditions, a 2.4 GHz wireless microphone system can be a cost-effective, high-quality solution. Many 2.4 GHz systems have proven themselves worthy alternatives to the UHF problems.

One disadvantage to 5 GHz compared with 2.4 GHz is that it’s even more dependent on line-of-sight to operate optimally. Due to the shorter wavelengths, the maximum operating distance between the transmitter and receiver is much less and the ability to deal with physical obstruction is reduced. This makes 5 GHz more suitable for close-proximity interview type situations.

Wireless microphone systems and the frequency spectrum they use are in a constant state of change. The FCC, sensitive to the growing bandwidth needs of mobile broadband technology, is constantly trying to fit more communications into an ever smaller slice of spectrum.

Because of this continuing shuffle, digital wireless microphone technology is constantly evolving. As prices fall, wireless gear is more popular and demand is growing. The best advice for users is to choose a manufacturer and stay up-to-date with their technology. The government has the final say about how wireless technology is used and there is little the end user can do about it.

“Even if you use wireless, always carry a cable and wired microphones. You never know what will happen with wireless. Interference can come from anywhere and you won’t be able to figure it out quickly enough. Always carry a wired backup mic set-up to every gig. That’s the best advice I can give you.”