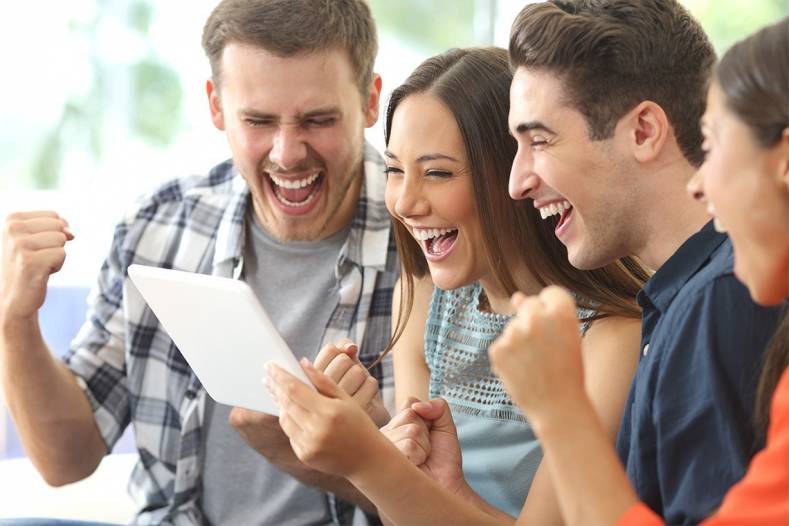 New devices, including tablets and smartphones, enable television viewers to enjoy live sports and news anytime, anywhere, but latency remains a real issue, causing frustration amongst end-users. In today’s connected world, where viewers are simultaneously checking social media feeds on their smartphones and tablets, a significant delay means that end-users might find out about a game-winning soccer goal from Twitter before actually seeing it. With traditional unicast streaming, buffering several big chunks is necessary for avoiding service interruption with bursty and irregular http traffic. This article will explore the sources of latency in the video delivery chain and explain how multicast technology and managed network capabilities can ensure smooth traffic without requiring massive buffering on the player side to guarantee a good quality of experience (QoE). Using multicast technology and other recent technology innovations, service providers can stream live on connected devices, with ultra-low latency. 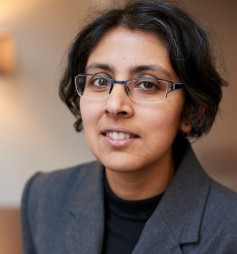 Nivedita Nouvel is vice president of marketing at Broadpeak.

Why Does Latency Exist?

Traditional television services such as IPTV rely on network bandwidth that is smooth and guaranteed. Since there is a requirement for limited buffering in the set-top box (STB), low delay is typically experienced. The challenge with streaming on secondary screens such as connected TVs, smartphones, and tablets is that they are accessible on various unmanaged networks (i.e., 3G, 4G and OTT) where bandwidth is not guaranteed. Having a need for a high quantity of video buffered in the player creates a high delay.

Latency is a delay in the video stream that happens due to the usage of ABR protocol. Players need to buffer some of the data before streaming in order to cope with the bursty nature of http traffic delivered over unmanaged networks like the internet, which is meant more for data than for video real-time constraints. In the multiscreen environment, operators cannot guarantee a constant bandwidth.

Apple recommends that video chunks last six seconds, and three chunks are usually buffered in the players, implying an extra 18 seconds delay. Some Android players even require five chunks in the player, meaning the delay can be longer than 30 seconds.

At the CDN level, operators can use multicast ABR technology to eliminate jitter. It requires deploying a unicast-to-multicast transcaster in the head-end and multicast-to-unicast agents in the home gateways.

Multicast ABR technology ensures smooth traffic without requiring massive buffering on the player side to guarantee a good quality of experience.

Figure 3. Multicast ABR technology ensures a smooth quality of experience compared with the peaks that are associated with unicast delivery

Using multicast ABR technology, operators can bring the latency down to a few seconds instead of the typical 30 seconds, resulting in increased viewer satisfaction.
To summarize, the steps that have to be taken to reduce end-to-end latency include:

Beyond employing multicast ABR technology at the CDN level, there are several additional steps operators can take to reduce latency. At the encoder stage, operators can use I&P frames. This might, however, impact video quality.

Steps can also be taken to reduce latency at the origin packager stage. CMAF, or Common Media Application Format, is a standard that provides a common media formatfor ABR video (a goal only partially achieved because of the dual encryption possibility). CMAF offers a low latency flavor that allows operators to produce chunks between 40ms and 250ms and 2s fragments.This has to be used in conjunction with the “chunked transfer encoding” technique to bring latency down.

Chunked transfer encoding is a streaming data transfer mechanism specific to http 1.1. It allows a server to maintain an HTTP persistent connectionfor dynamically generated content. The key benefit is that it’s not necessary to generate the full content before writing the header; rather the chunks can be processed on the gowithout waiting for the full segment to be processed. Combined with CMAF, which allows very small chunks, CTE brings latency down at the level of the head-end.

Note that the player should be compliant with CMAF and CTE. It should also adapt the volume of content to buffer to context. With CMAF, playback can start as soon as a chunk with an IDR is fetched.

If operators reduce the amount of video buffered in the player by decreasing the chunk size, use CMAF low-latency packaging, chunked transfer encoding, and limit the number of chunks buffered in the player without adapting the delivery network to streamline the traffic, they can achieve low latency. However, the video quality will suffer dramatically due to constant rebuffering.

The solution is to use multicast ABR technology in the network. Multicast ABR technology creates the required network conditions to deliver low latency without impacting quality of service. Being able to stream live content with no delay and guaranteed quality of service gives operators a competitive edge over on-demand streaming services, increasing their monetization opportunities and customer satisfaction, especially for those customers who are sports fans and want to enjoy live streaming on new screens (i.e., connected TVs).