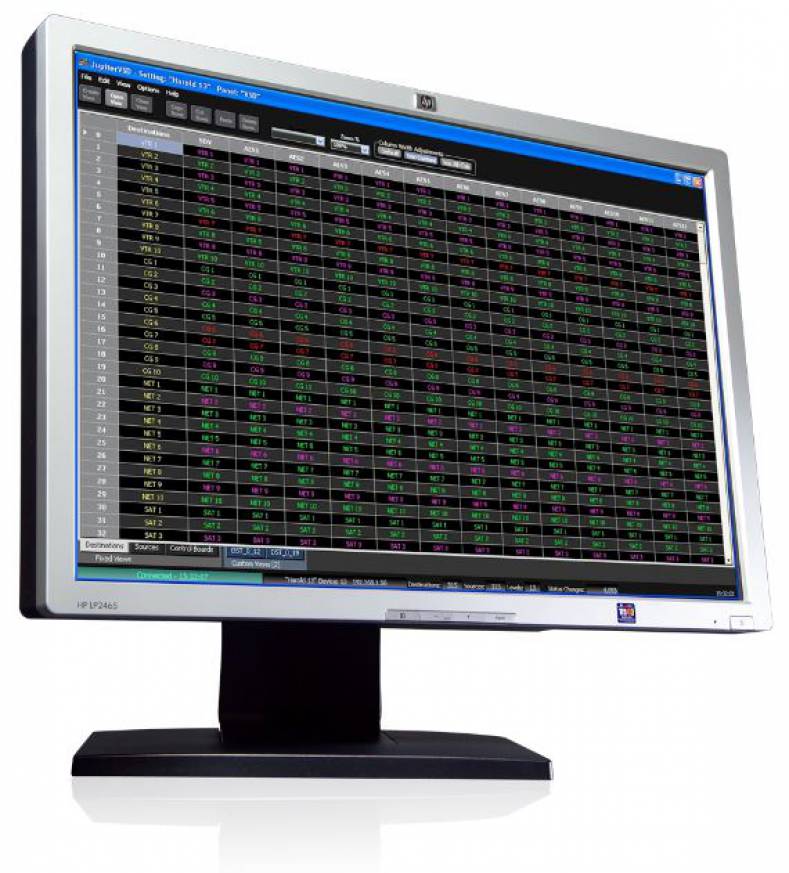 The Jordan Radio and Television Corporation (JRTV) is a Jordan public broadcaster that simulcasts three programs on terrestrial and satellite. It functions as the primary broadcaster for Jordan in the Middle East, reaching millions with breaking news. The station delivers a 24-hour Arabic broadcast coupled with an English-language service for 21 hours a day and a French-language service for 13 hours a day.

At its core, the K2 Summit transmission client is built for mission-critical operations by delivering 24/7/365 reliability with two bidirectional channels and two playout channels, upgradable to three. Jupiter routing control combines hardware and software that gives JRTV full management of all its devices with the simple touch of a button on the Jupiter network. Jupiter interfaces with the master control switcher to give JRTV a range of flexibility, including the ability for up to eight on-air keys and four audio voiceovers, as well as support for a multitude of audio channels and branding sources.