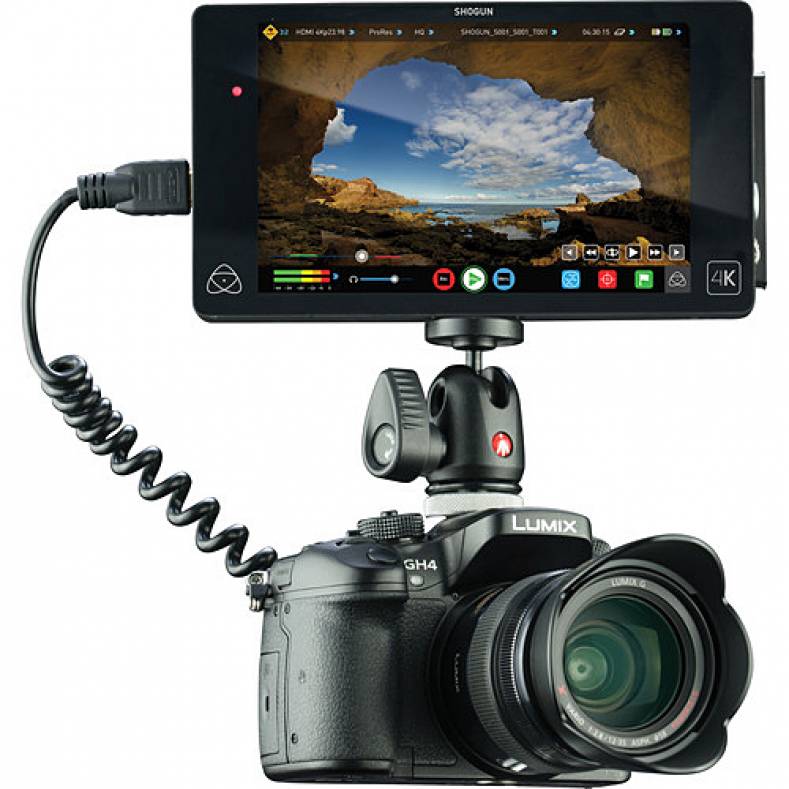 Atomos announces it is now shipping the Shogun recorder

The much-awaited Atomos Shogun 4K recorder was announced with an original delivery date of August. However, firmware changes delayed shipment until December. The good news is the company met the new delivery timeframe.

Shogun, from the Australian-based Atomos, has been anxiously awaited by users of 4K DSLRs — such as the Sony A7S and Panasonic DMC-GH4 — to unlock the full potential of the cameras for 4K production. Though the Shogun hardware was finished as scheduled, firmware became the holdup.

Atomos CEO Jeromy Young promised that customers pre-ordering Shogun recorders will get their units first and deliveries will begin within days of finalizing the firmware.

“With the original launch date now passing, I felt it was important to personally address where we are at with the release of Shogun,” said Young. “In terms of hardware, we have closely monitored the build of the first production units and are proud of the manufacturing quality. There is nothing preventing us from shipping the Shogun and its accessories from a hardware perspective. Although the Shoguns are physically built and ready to ship, the firmware is taking longer than expected to finalize taking into account our high standards of reliability.

“We know that the cornerstone of our success in the last four years has been delivering the technology professionals need at the right time and price without any sacrifice for reliability and performance in the field. So while we feel everyone’s pressure to have Shogun available, we refuse to release a single sub-standard Atomos feature.”

Young said the company will not treat its users as beta testers and will not release the Shogun units until the firmware is right. “We absolutely understand everyone’s disappointment and appreciate that many shoots have been planned around the Shogun becoming available,” Young said. “We ask that you continue to be patient as we finalize our firmware and release a product that will be worth the wait.” 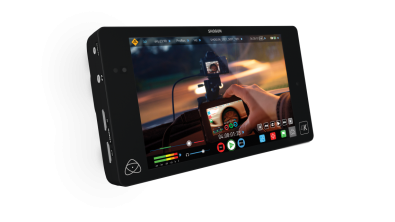 Introduced at NAB of this year, the 7.1-inch 320ppi 1920 x 1200 Shogun monitor/recorder records video straight from the camera’s sensor in 4K Apple ProRes or Cinema DNG Raw over HDMI and 12G-SDI. It records 1080p at 120/60/50, and uses SSD, HDD and CFast media for five hours of recording on two terabytes of memory. Users can switch between 4K cameras with HDMI to SDI and SDI to HDMI conversion.

The Shogun was announced at the same time as the Sony A7S earlier in the year as a way to capture 4K video, something the camera cannot do alone. Owners of the Sony camera can only record 4K via the HDMI output, making the Shogun an essential accessory.

Shogun also features a higher frame rate capture in full high-def resolutions. The Atomos Samurai and Blade recorders top out at 30p/60i, while the Shogun can handle up to 120p in 1080 and up to 30p in 4K resolutions.

Audio is handled through a LEMO connector on the Shogun, which offers a breakout cable with two-channel analog XLR input and outputs. Gone are the consumer 3.5mm audio jacks for connecting to professional audio devices.

Users can lock to an external Genlock reference signal to synchronize the Shogun’s SDI playout. This is important for multiple camera shoots in a studio environment.

The Shogun is perhaps the most important missing piece for today’s DSLR video users. At $1,995, it will fill a lot of holes needed to shoot 4K video with top DSLR cameras.