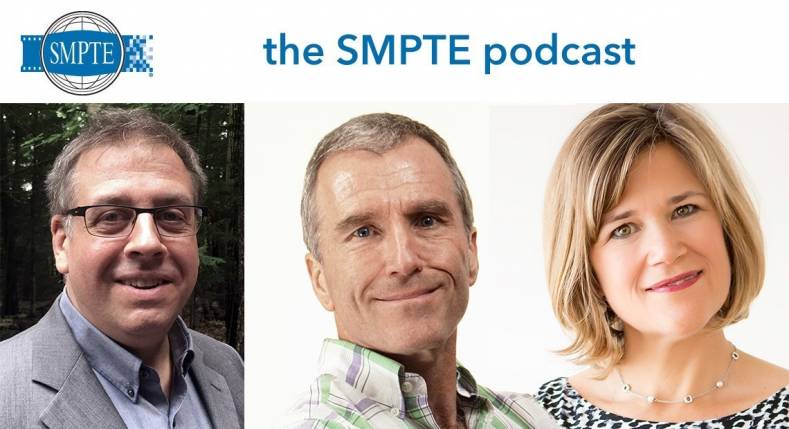 At this year’s NAB Show, the Society of Motion Picture and Television Engineers (SMPTE) recorded a number of interviews with some key people in the media technology sector. The Broadcast Bridge is publishing these as podcasts in association with SMPTE.

But perhaps SPMTE is best known for its standards, going right back to mechanical standards for motion picture equipment, from sprockets to film cores. Today, the standards are about all aspects of digital media. In this first podcast, board officer Bruce Devlin, the standards vice president, talks with staffers Thomas Bause Mason, director of standards development and executive director Barbara Lange.

So, if you want to learn more about the key people in the SMPTE standards development process listen in to first in a series of podcast recorded at NAB Show 2018.