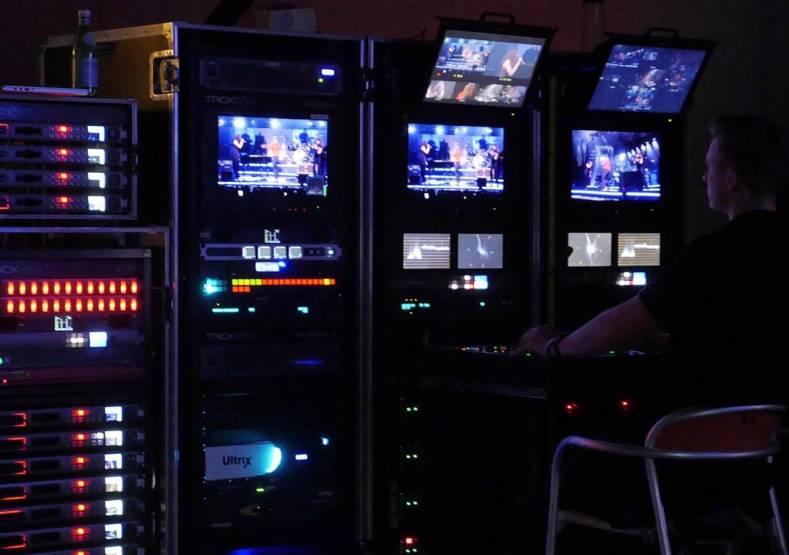 Trickbox TV’s expanded PPU flypack, which can be rigged or de-rigged in minutes, is built to the highest broadcast specification and delivers a cost-effective solution providing all the tools required for a full-scale production without the need for an OB truck. It works with either Sony system camera channels or ‘cine’ style cameras and features: a Ross Video Ultrix video and audio router; Ross Video openGear signal processing; a Ross Video Carbonite vision mixer; and full redundancy including uninterruptible power supplies.

The unit, which builds upon Trickbox TV’s existing PPU flypack facilities, provides clients with a full range of services for every outside broadcast and temporary studio requirement. Trickbox has recently worked on a range of OB projects such as The Wave, a Primal Media production for channel W; Bananarama and Steps shows for concert films and music documentaries specialistsToward Infinity; Gary Barlow’s recent headline concert for Eden Sessions, as well This Morning Live at the NEC Birmingham, for ITV Daytime.