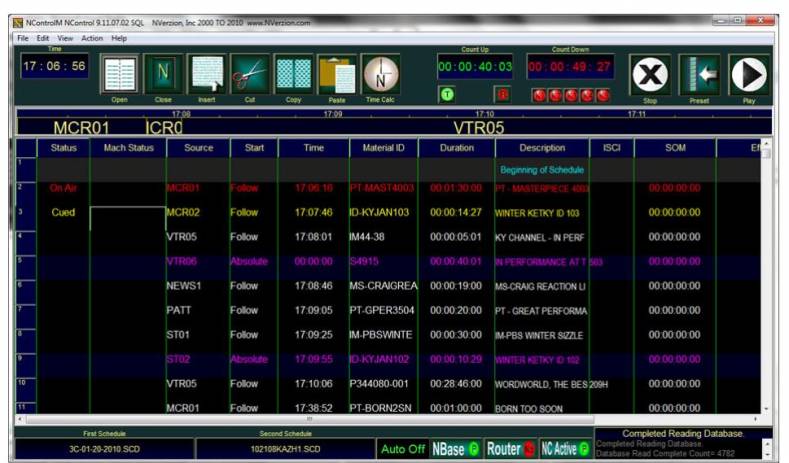 NVerzion's automation systems such as NControl and NControl (MC), both support multiple playlists for continuous playout.

KPTS is a public broadcaster serving Wichita, KS, area. A PBS affiliate from its founding, the station carries all the beloved national programs one expects in addition to producing its own locally popular content— like the round-table discussion Kansas Week, and a local news program with an uplifting message: Positively Kansas.

NVerzion worked with station personnel and engineers at KPTS to craft a solution to replace end-of-life automation and video servers. The goal was a system that would address their core needs while maintaining flexibility for future expansion.

The solution turned out to be an ambitious one for KPTS, consisting of three new NFinity broadcast video servers and a comprehensive NVerzion automation system, complete with four workstations for control.

The automation servers provide audio sensing and mapping, graphics/bugs, EAS in addition to managing playback of both network and local content. The station typically runs 3 playlists along with automated ingest recording

Jessica Rye, KPTS broadcast engineer, identified some of the key improvements provided by the new automation system. "The automation interfaces with our traffic system, whereas our old system did not. The servers have proven to have enough capabilities to handle more than just record and playback... and the ability to use it as a channel with the option to switch between live and recorded content."