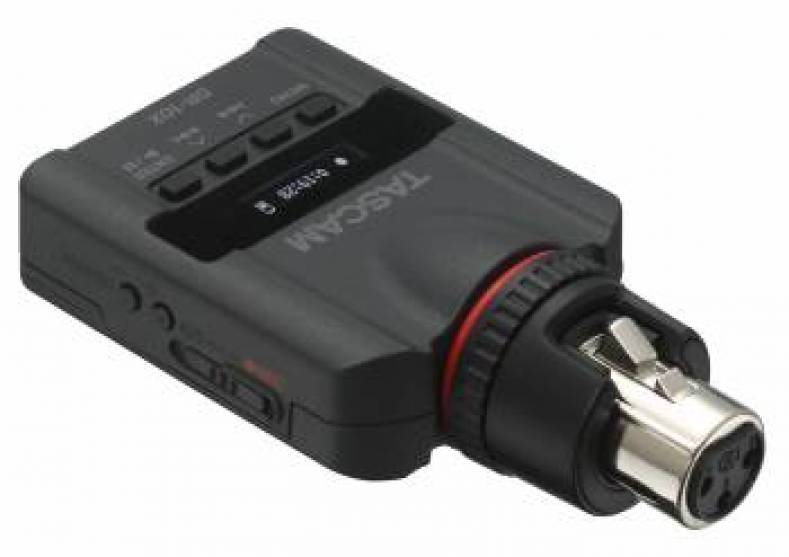 Users can now view record levels in real time when the record function is engaged, as the meters are now active during audio capture.

Tascam has added new functionality to its DR series of portable recorders with the availability of a Version 2.0 Firmware Update. Designed for videography and newsgathering tasks, the DR-10 series of miniature digital recorders includes the DR-10X (with integrated XLR connector), the DR-10SG (with integrated shotgun mic) and the DR-10L/LW (with lavalier mic).

In addition to various system enhancements and performance improvements, Tascam's Version 2.0 Firmware release adds three new recording and monitoring capabilities. These include: real-time level meters during recording, an additional level setting in dual record mode, and the inclusion of MP3 as a recording format.

Users can now view record levels in real time when the record function is engaged, as the meters are now active during audio capture. In addition, users fond of the dual recording feature - which allows for the automatic recording of a second "safety track" at a lower gain setting than the main track - will now be able to select between a -12db and -6db delta.

Also among the new features is the ability to record directly to MP3, as well as multiple WAV formats. By recording to MP3, users will be able to record for days on end with a single MicroSD card, which can be a lifesaver on remote shoots or when gathering content at tradeshows and events.

This new firmware for the DR-10X, DR-10SG, DR-10L and DR-10LW is available now as a free download for existing users at the Tascam website at this link.