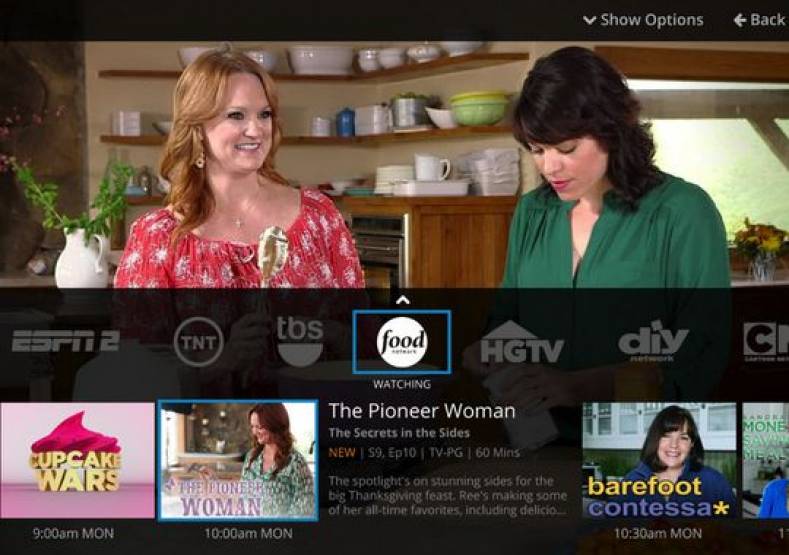 After much discussion over the past year, Dish Network has joined the over-the top (OTT) fray by unveiling at the CES Show this week a new OTT service that, unlike others, includes sports outlets ESPN, TBS and TNT and will cost about $20 monthly for about a dozen TV channels.

The new OTT service was supposed to be launched this past summer, but rights issues to certain content held up the release date. The addition of sports programming is a direct result of a deal Dish made with Disney last year for digital rights carriage.

"It's not truly á la carte, but it is á la carte-like in that it lets you assemble a channel package that really reflects your interest instead of just buying more channels," said Roger Lynch, CEO and executive vice president for advanced technologies for Sling TV, which has been set up as a separate company from the satellite TV provider and its Slingbox DVR, which allows users to watch TV shows with a computer outside of the home.

In addition to linear channels, Sling TV will also offer “chord-cutters” video-on-demand movies and TV shows. And the service will have access to channels' content from the past three days without the need of a DVR.

Sling TV will be available on Android and iOS smartphones and devices, as well as Macintosh and Windows PCs, Amazon Fire TV, Google Nexus Player, Roku devices, Xbox One and LG Smart TVs, with more devices to be announced later. Subscribers can access the service at home and on the go via Wi-Fi or mobile broadband.

“We have been practicing for a long time,” said Joe Clayton, CEO of Dish, at a briefing with reporters prior to the Jan. 5 launch in Las Vegas. “The gun is loaded and we’re ready to fire.”

Dish reportedly began working on its OTT service years ago, and said it has been encouraged by the success of its international OTT service, “Dish World”—which launched in 2013 and now offers up to 200 channels of international programming in 16 languages.

“We got a whole new customer segment by launching the [Dish World] over-the-top service,” Lynch said at the CES Show. “What that has enabled us to do is develop a programming organization,” including marketing and call centers. It was really set up in a way to leverage the things that were needed for Dish, like programming rights, but also as an independent group that could move quickly and not be sub to the priorities of the satellite business.”

At launch, the baseline service will have about 12 networks, including Disney flagship ESPN and ESPN 2, Food Network, HGTV, Travel Channel, TNT, TBS, Cartoon Network, Adult Swim ABC Family and Disney Channel, for $20 per month. In addition, subscribers will have access to a best of the Internet from Maker Studios, the largest short-form content provider for You Tube, attracting more than 9 billion views monthly and 600 million subscribers.

Lynch said the $20 price point was chosen to be competitive with similar charges younger viewers are now paying for Netflix, Hulu Plus and Amazon Prime online video services.

Initially, the service will be without broadcast networks – at the CES briefing Lynch said that Disney’s ABC will not be part of the $20 package, but other published reports said ABC could find itself on that lineup if the remaining three national broadcasters agree to carriage. Absent that deal broadcasters could end up on a separate tier for an additional cost.

In any case, the OTT space is about to get a bit crowded. The new Sling TV service will be joined later this year by similar service from Showtime Networks, Home Box Office, Sony, and Verizon.

“We do not expect to see any cannibalization of our existing core business,” Clayton said. “There might be a little bit, but we see this as one plus one equals three.

“If you live in an urban market,” he added, “this could be a save tactic for that customer. Ultimately we want as many OTT customers, satellite TV customers, down the road we’re going to sell wireless into all of them. We want to grow our total collective customer base.”