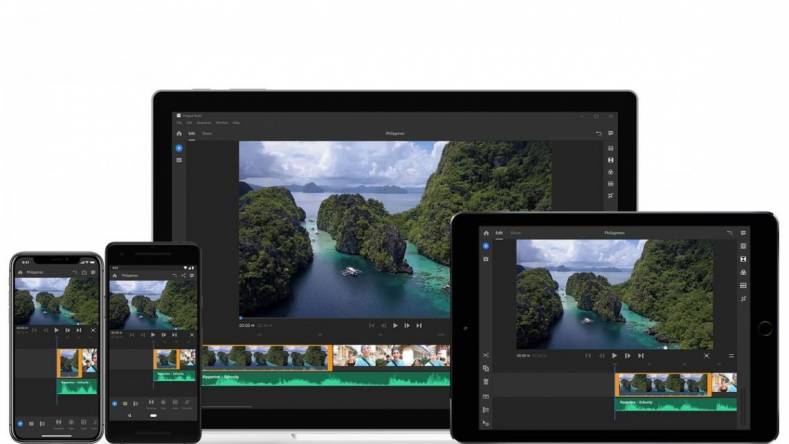 With Adobe's new software, code named Project Rush, you can start editing video on a cell phone and finish it on a desktop.

Adobe gave us a preview of their new Project Rush, a concept for putting professional-level post production on mobile platforms

Adobe is being downright coy with the introduction of what the company calls Project Rush for now, limiting its unveiling to a press webinar and an early glimpse at VidCon, running June 20-23 in Anaheim, CA. But once you get a look inside this cross-platform concept for editing that leverages their Creative Cloud technology for mobile and desktop platforms, it starts to become evident that Project Rush may be the next big thing for professional post production.

“There has never been more video being created and consumed than there is now,” Steve Forde, general manager, emerging products, digital video and audio at Adobe, told the invitation-only Web press conference in early June. “But what is interesting about this new generation of digital content creators is…they are not as interested in developing their technical skills as traditional craft video production editors have been.”

So Adobe decided to make it as simple for online video creators as running a cell phone, and let them do it as easily on iOS and Android mobile platforms, and just as readily on Mac or Windows desktop systems.

“We took the (core functionalities) from our flagship applications like After Effects, Premiere Pro and Audition, and combined them into a single engine,” Forde said. “This allowed us to re-imagine the experience of capturing media and delivering it to new audiences.” 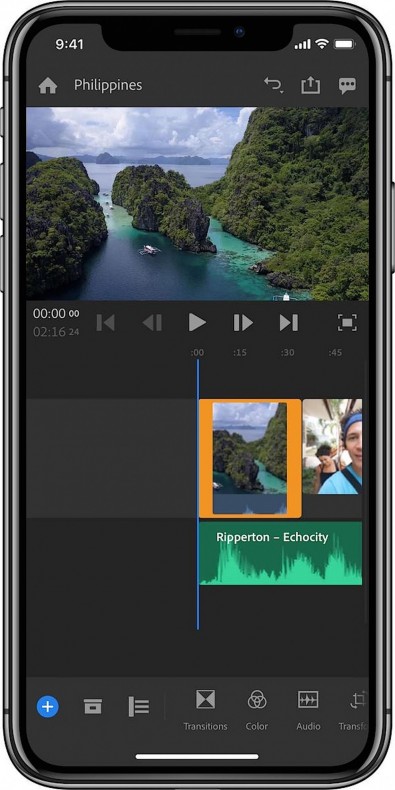 The simple iPhone interface of Project Rush will be familiar to almost everyone.

Forde was talking about delivering content to online channels like You Tube or Facebook. But when he referred to learning the complex intricacies of traditional post production technology as “overkill”, it became apparent that we were not in Kansas any more, and the winds of change represented by Project Rush may be the tornado that will take us all to OZ.

One thing is certain: Adobe is telling us that delivering to online media is becoming just as important as posting to broadcast.

To make sure the line between mobile and desktop platforms is not just blurred, but totally erased, once you create something on, say, your iPhone, thanks to Adobe’s Creative Cloud it is immediately available on your Apple Mac or Microsoft Windows desktop at the exact same resolution.

“Then, no matter where you are, with a single click you can send your project to any popular social media site,” Forbes said. “The point is, you are creating content with one software for multiple destinations.”

To emphasize that point, Adobe’s Danielle Darby, senior product manager, took us through creating and finishing a production with Project Rush starting on her cell phone and finishing on her computer.

“Once you launch the Rush software you have the choice of starting a new project or continuing one that is under way,” she stated.

A media browser lets you stream in media from the cloud, import something from Adobe’s huge stock footage library, or bring it in from a digital camera. This appears on the cell phone’s timeline, and you can zoom in or out on the screen with a swipe of your fingers.

After you’ve sequenced shots on the timeline, accessing the graphics panel lets you add animated motion graphics that have been pre-built on templates. Change and re-size the text as needed, add VFX, and you will also be able to call up the color grading panel—which under the hood uses the same technology as Premiere Pro. 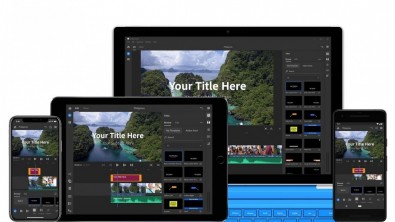 The sophisticated motion graphics are template-based, making them easy to change.

Then you can lay in a soundtrack and add voice overs where they are needed. Here you will encounter one of Project Rush’s versions of “Adobe Sensei”. This is an artificial intelligence technology called the Auto Ducking tool. Auto Duck dips the volume level of the background music when it senses an incoming voice over.

The inclusion of Auto Ducking, along with the level of sophistication of Project Rush’s color grading capabilities and advanced motion graphics technology, belies Adobe’s claims that this remarkable achievement is not destined for mainstream post production whether for online or traditional post.

Darby then demonstrated how this same project can be posted to multiple online sites from a desktop computer (or the cell phone) with a single click. 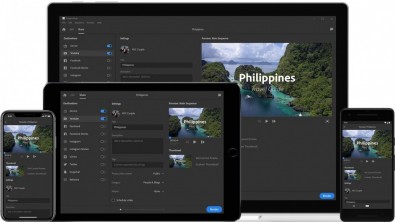 One click gets your story posted from Project Rush in proper format to multiple sites.

The webinar demonstration was of necessity limited, but I was granted a one-on-one interview with senior product manager Darby a few days later to fill in some details.

I began by asking her how the system would deal with a cell phone’s notorious ability to present images in either landscape (horizontal) or portrait (vertical) aspect ratio on the same timeline.

“This is a setting you can determine when you begin a project,” she said. “Rush automatically uses the media shape in which the video was imported, but you can also manually change that from square, landscape or portrait while editing.”

Because cell phones can record video at several different frame rates, which one will Project Rush use?

“There is a setting that will determine the capture frame rate and resolution in Project Rush from 24 fps to 240 fps,” Darby replied. “And the output controls will let you determine a consistent frame rate on export in case you are sending the project to something like a broadcast destination.”

There was also mention of a beta release of the Project Rush software, and Darby said this would be made available to a select number of people who apply for it after the project emerges from embargo on June 19th.

There is a landing page on Adobe.com (www.adobe.com/go/project-rush) where you can request this privilege. It’s worth a try.

Just as everyone else at Adobe with whom I had the privilege to speak about Project Rush, Darby was reticent to say too much about its future beyond allowing we should see a release before the end of the year. She wouldn’t even commit to whether it will be a major part of Adobe’s presentation at IBC 2018.

Remember, of course, they have a great deal invested in their high horsepower applications like Premiere Pro and Audition. You know, the ones Steve Forde said took “overkill” effort to learn.

My hat is off to their strategic consistency, but I sincerely doubt if they will be able to keep a thunderclap as loud as Project Rush below the horizon for very long.