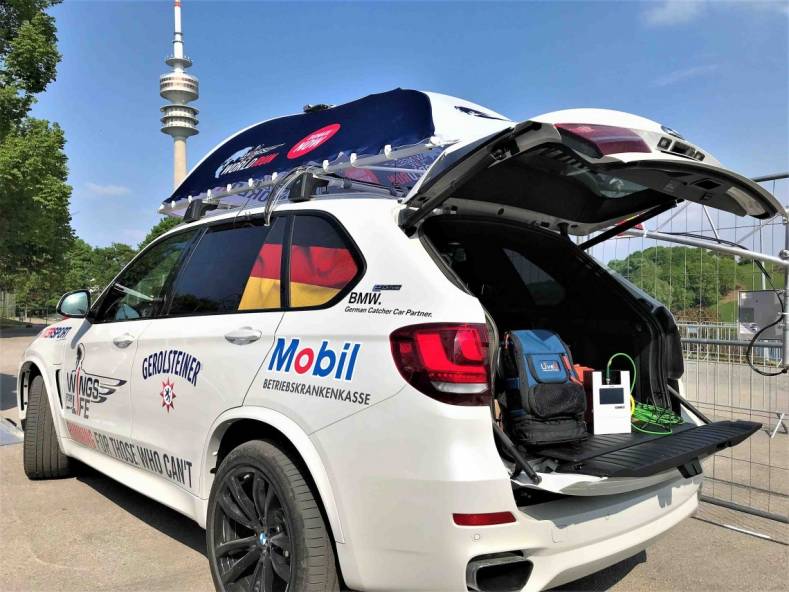 Multiple LiveU units were used to stream the seven-hour charity race taking place simultaneously in 34 locations around the globe.

The Wings for Life World Run is a global charity event supporting life-changing spinal cord research projects with a unique, moving finish line; the “Catcher Car”, chases runners along the course, gradually getting faster until each one is caught.

The units covered the flagship runs and most of the organized App runs, while using LiveU HEVC technology on-the-move from motorcycles and inside the catcher car. Video was streamed worldwide via the local production teams and Wings for Life World Run Salzburg headquarters. The LU-Smart app was used to supply unique content from some of the athletes taking part in the race.

Zion Eilam, Regional VP Sales (EMEA), LiveU, said, “We are proud to take part in the production of such a unique event.  The Wings for Life World Run is one of the most exciting television sports productions. Covering the event presented unique challenges for LiveU’s technology with seven hours of constant live, on-the-move coverage in each location worldwide.

“This was the first large-scale deployment for the LU600 HEVC in such a dynamic sports event with multiple units streaming to dozens of servers.”

The first runners passed after a few kilometers are the first to celebrate their accomplishments, while the last man and woman to be caught are declared Global Champions. The race takes place in different locations around the globe at the same time, which can be morning, noon, afternoon, or evening, in the respective countries. Over half a million participants have taken part in the event since the first Wings for Life World Run in 2014.