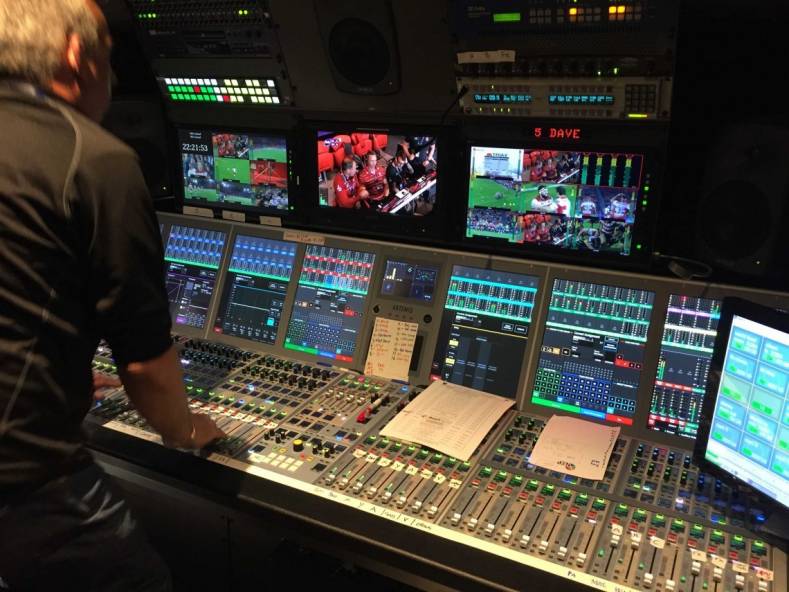 Outfitting the company’s OB fleet with Calrec consoles was a decision that made sense from several perspectives.

Projects that OSB TV Ireland has already used the Artemis console for include “Ireland’s Got Talent” and the recent Bilbao Finals 2018 organized by European Professional Club Rugby.

“About four years ago we purchased an Artemis for one of our UK-based trucks, and since then we haven’t looked back,” he said. “Calrec has a very large market share in the UK, and many of the freelancers we work with really weren’t familiar with our older consoles, but they knew Calrec. Plus, the company has moved forward quite strongly with the development of its Artemis console, and because we began using that product at the beginning of its lifecycle, we’ve been able to develop along with it and take advantage of better monitoring, including loudness monitoring, which is excellent. The I/O frames are easily configurable as well, and overall the Artemis is a great package for its size and price.”

The OB company is also taking advantage of Calrec’s Hydra2 networking capabilities, which seamlessly connect all of the production trucks. Poster highlighted the fact that with the Hydra2 infrastructure, the crews can send audio signals over long distances using fiber-optic cables and share those signals between each mobile truck. This reduces setup time and the amount of temporary infrastructure needed at venues.