The company formed from the remnants of Cisco’s old Service Provider Video Software Solutions (SPVSS) business is taking shape with the appointment of its first CEO, although it has yet to be named. European private equity firm Permira bought back the business in May 2018 for $1 billion from Cisco and has now appointed Yves Padrines as CEO to take over formally once the deal closes.

Padrines is well placed to take the reins of the new company having been Cisco’s VP of Global Service Provider for Europe, Middle East, Africa and Russia, where he was in charge of products and services for major Telcos, cable TV operators and broadcasters in that region.

Whether this is a good move for Permira remains to be seen but it certainly looks like bad business for Cisco having in 2012 paid $5 billion for NDS, which was then a leading provider of content security and UI (User Interface) middleware technology. Cisco built its Service Provider video business largely around NDS, although it has retained the core video and media technology associated with networking, multi-cloud, security, data, and collaboration. The deal is therefore not quite as bad for Cisco as it looks on paper, although still represents a significant loss. With NDS, Cisco acquired several major super tier 1 accounts such as Sky Deutschland which it appears to have looked after well. However there have been some defections from smaller ex-NDS customers which felt they lost the same high-level contact with a larger provider. This led to declining revenues persuading Cisco to cut its losses and return to its roots in network infrastructure and software. 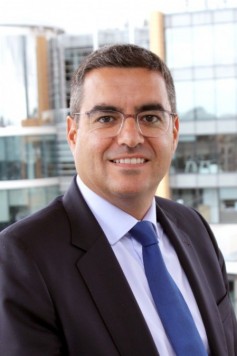 Yves Padrines is returning to his roots.

There is though renewed optimism inside the fledgling company being recreated under the chairmanship of Abe Peled, who originally served as both Chairman and CEO of NDS as well as adviser to Permira Funds itself. “At this pivotal time in the industry, the new company will build on Cisco’s SPVSS business, strong customer relationships and technology innovation to deliver an exciting next chapter for our industry, and I look forward to being part of it,” said Padrines.

Permira was founded in 1985 and has amassed a portfolio of around 25 companies embracing the consumer, financial services and healthcare sectors as well as pay TV technology. It has entered a definitive agreement to acquire Cisco’s SPVSS business. When the transaction finally closes, Permira will create a new, rebranded company focused again on video solutions for pay TV. Its portfolio will include Cisco’s Infinite Video Platform, cloud digital video recording, video processing, video security, middleware and services groups.

The hope is that the company will still have the scale to compete with the big technology players like Arris and Nokia while regaining the more intimate and direct connections with smaller customers that were lost under Cisco’s stewardship. There is also a hope that it will be nimble enough to embrace the migration to IP based video and OTT services where some of the big players like Ericsson have struggled, as well as Cisco. Apart from NDS, Cisco also took a substantial loss on Scientific Atlanta, the company it purchased in 2005 for $6.9 billion to expand into pay TV in the first place. A decade later in 2015 Cisco sold its connected-device business largely built around the original Scientific Atlanta portfolio for just $601 million.