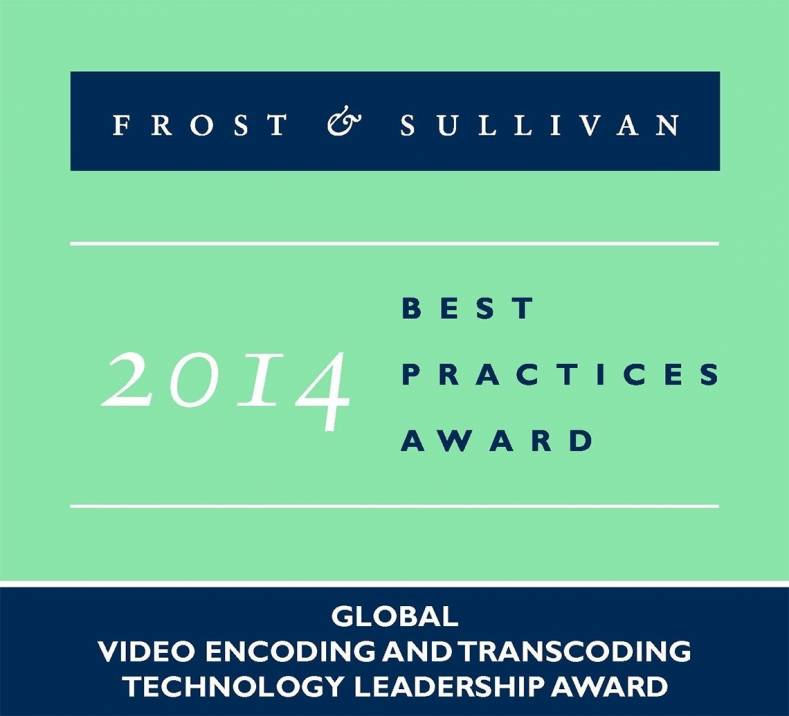 Software transcoding vendor Elemental Technologies has capped a good year by scooping up market research group Frost & Sullivan’s annual award in its field. ​Elemental was named as Technology Leader in the Global Video Encoding and Transcoding Market by Frost & Sullivan on the basis both of growth and influence, according to the group’s industry principal for digital media Agni Rambhia. He also hinted that the software approach to encoding was winning out against dedicated hardware based alternatives. “Elemental, with its strong growth and focus on innovation, is a clear leader in the market, the fastest growing video processing company worldwide, and is solving urgent and critical industry needs,” said Rambhia. “In this highly competitive industry, companies are struggling to maximize quality of online content, monetize it, and keep pace with rapid technology advances. Software-upgradable and configurable products that don’t lock customers into proprietary hardware are growing in importance. It is here that Elemental has made its mark.”

The award follows similar endorsement earlier in the year by ABI Research and SNL Kagan, which also appear to favor the software based line. Elemental’s approach, based on acceleration using off the shelf GPU (Graphical Processing Unit) hardware, has certainly gained Frost & Sullivan’s approval, which suggested that Elemental’s software-centric innovations had elevated encoding to a new level in terms of price/performance.

Not everyone agrees that the whole video transcoding future belongs to software. Some vendors, most notably perhaps Oslo, Norway, based Appear TV, fly the flag for encoding hardware. The company’s CEO Carl Walter Holst still contends that hardware encoding using a dedicated appliance is essential for the highest levels of performance, for example when processing live content. This commitment was reaffirmed at IBC 2014 when the company launched its Universal encoding and transcoding system, incorporating dedicated hardware modules.

One or two large vendors, such as Ericsson, can afford to cover both the bases with both hardware and software transcoding options. Ericsson made a major move here in March 2014 with the launch of its Virtualized Encoding package, which is primarily software but can in principle exploit any encoding technology, including hardware based products.

Meanwhile Envivio as one of the other major advocates of the software approach, has also notched up some industry awards, but has struggled recently to match Elemental’s growth or profitability. The company recently announced a 23% drop in revenue to $9 million for its latest quarter, blaming customer consolidation, the European recession and a general reluctance by operators to invest more in encoding until testing of products based on incoming technologies such as HEVC (High efficiency Video Coding) is complete. It is hard to tell how correct this is given that several of the key players are privately owned, but at least Envivio did cite a recent Tier 1 Telco customer win in the US, although was unable to name it. That would improve prospects for resumed revenue growth next year.