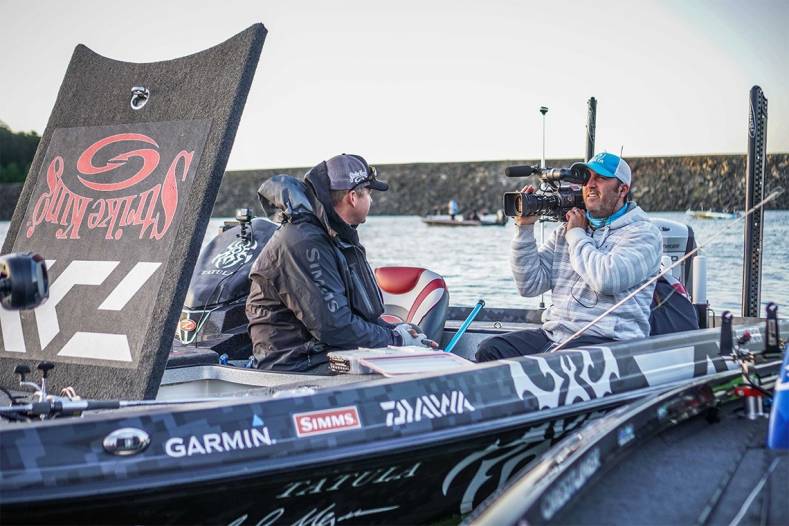 Streaming live footage of the FLW Tour is a technological challenge. Each event takes place on a lake that is larger than 50,000 acres (~20,000 ha), because there are 180 professional anglers during the first two days of the tournament. Depending on the body of water, anglers can be up to 75 miles away from other competitors.

At least three lakes on the tour are known for poor cell service and dead zones. Most recently, for example, the FLW Tour visited Lake Cumberland in Kentucky. Last year, using a 4G LTE modem connected via USB to each camera, Perryman said the production only had two cameras providing live footage at any given time. This year, with the use of the Portable Bridge units, at least four cameras regularly delivered live streaming. 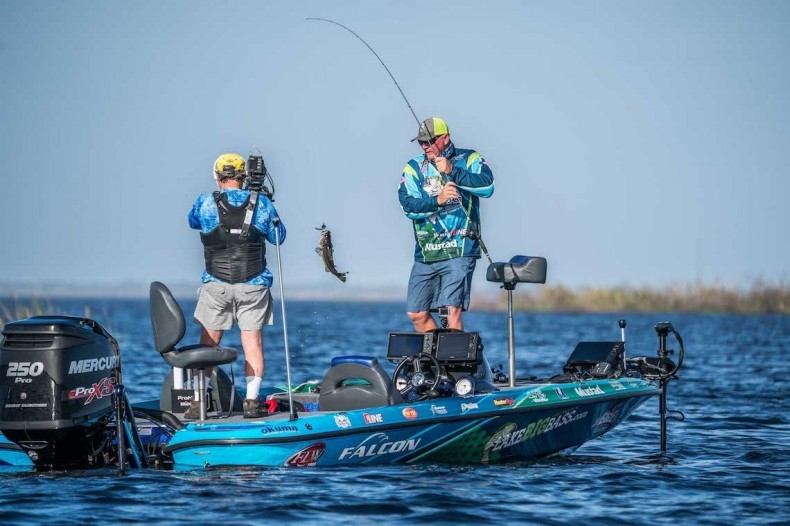 The JVC Professional Video Portable Bridge also helped solve another production problem earlier this season. As part of the established workflow, camera operators would to connect to a conference call via cell phone as part of a makeshift intercom system. However, there was difficulty finding a signal at Smith Lake, Ala. Now, the camera operators use their Portable Bridge units as hotspots to connect their phones via Wi-Fi and use the Discord voice chat mobile app for improved intercom communication.

Digital P Media has been using one GY-HM850 and four GY-HM890 cameras to stream live footage since the 2017 tour. Each camera is assigned to one of the top ranked boats during the last two days of the tournament. During the four-hour productions, which are produced in partnership with the FLW, the cameras stream live footage to the FLW studio in Benton, Ky., and record the footage locally to SDHC/SXHC cards for a one-hour program that airs on NBC Sports Network after each tournament.

The ProHD Portable Bridge is a self-contained, remote broadcasting hub powered by AC or attached Anton/Bauer battery. Unlike other bonded solutions, the ProHD Portable Bridge, with Peplink’s SpeedFusion VPN Bonding technology, allows live streaming from multiple cameras to HD-SDI decoders or servers at a central location, as well as CDNs like Facebook Live. It also doubles as a secure, high-speed hotspot, so crew members can connect mobile devices to the internet or an enterprise LAN in the field with a secure VPN. Dual cellular modems with redundant SIM slots support up to four different cellular providers for bandwidth bonding, data overage protection, or blind spot elimination.