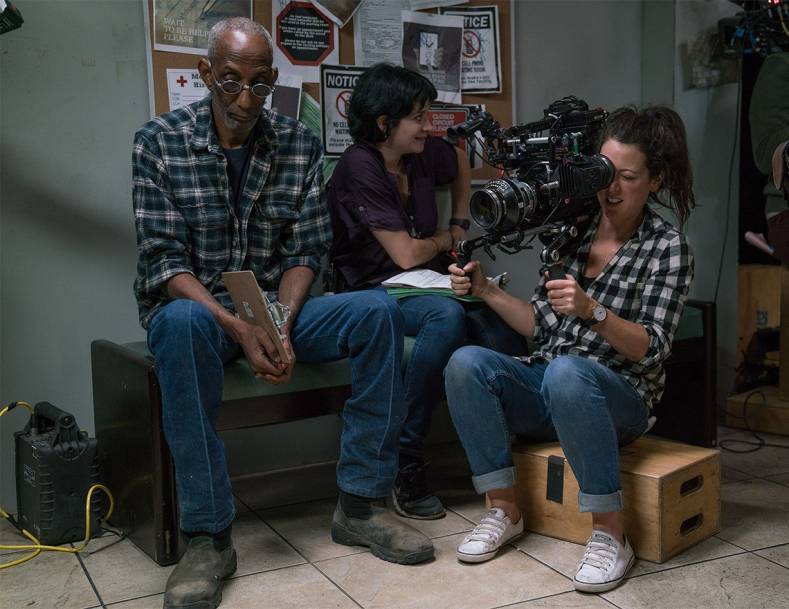 Polly Morgan on set with the VariCam 35.

Netflix feature film, 6 Balloons, stars Abbi Jacobsen and Dave Franco and began streaming in April. Like most indie films, DP Polly Morgan’s biggest challenge was time, shooting the movie in 4 weeks with a 3-year-old lead and a schedule full of night work, in and around a car in rough LA neighborhoods. With Netflix’s 4K mandate, Morgan selected the VariCam 35 and was excited about the camera’s ability to shoot at high ISO.

6 Balloons was written and directed by Marja-Lewis Ryan and shot by cinematographer Polly Morgan, BSC (Spinning Man, The Intervention) with Panasonic VariCam 35 cameras.Hailing from West Sussex in the south of England, Morgan always knew she wanted to work in movies. Morgan got involved with 6 Balloons after her agent sent her the script, as well as a look book that Ryan had created.

“We didn't want the audience to be aware of the cinematography,” Morgan explains. “We wanted the viewer to feel like they were on the journey with the two protagonists – a bystander forced to witness the events that unfold. We didn't want the film to look perfect, but to make it feel immediate so people could emotionally respond to the story and feel the sense of drama and panic unfolding.”

Although Morgan shot at high ISOs for night scenes, she found the noise pattern when dialing down from 5000 base to 2500 closely matched the native 800 ISO. “You couldn’t really tell the difference between that and 800 and I was really impressed at how 2500 saw more than what the eye sees at low light levels,” explains Morgan. “Our aim was to infuse the image with as much texture as possible. There are plenty of flares and a lot of foreground, we were always shooting through or over things. As the movie gets more intense, there’s really no frame that you would call clean and I think shooting at a higher ISO fit the textural mandate perfectly.”

6 Balloons was graded at Local Hero in Sanata Monica, CA., by colorist Leandro Marini. According to Morgan, the grade was very similar to what the dailies looked like. “It was really about managing consistency,” reveals Morgan. “The look was created in camera. All the varying color temperatures were maintained. The artificial and uncomfortable environments of downtown, or the pharmacy, compared with the safety and warmth of the incandescent light back at her house. We had done extensive tests and had good communication with Leo [Marini] throughout the shoot, so everything was in a pretty good place by the time we went in for the grade.