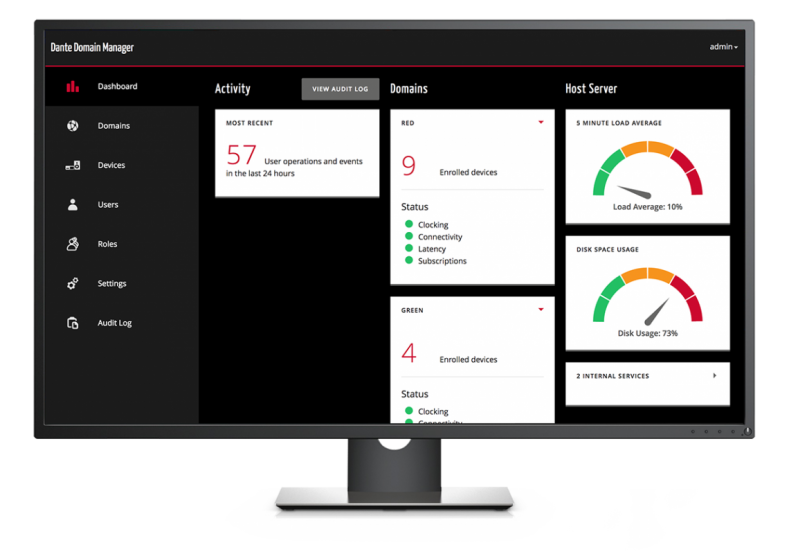 New products take time to come to market. There is the development, then ensuring integration with other technologies and, in some ways most important of all, setting up the most effective sales and distribution structure. Audinate, developer of the Dante Ethernet-based media transport protocol, has been through that lengthy process with the network control and management system for its core product.

Audinate's Dante Domain Manager (DDM) is now fully available on a commercial basis after being first introduced at the ISE (Integrated Systems Europe) Show in February 2017. The company has established a new sales structure for this product, working with resellers on an international basis. It also had to give its existing manufacturing partners time to develop new firmware that would make their equipment compatible with DDM.

The development of DDM has gone beyond the initial aims behind the Dante carrier technology, which has become one of the main systems for audio over IP (AoIP) in broadcasting, commercial installation and live sound. Joshua Rush, Audinate's vice president of marketing, explains that the system came from a combination of the need for simple operation and growing demands for greater network security and complexity.

"The evolution of Dante - and the development of the audio network - was to make something really easy to use but with the ability to lock down the network when necessary," Rush says. "One of the things from the very beginning in designing Dante was to make it easy to use and get widespread adoption. Essentially just plug and play devices into a network or a switch and they would automatically discover themselves and appear."

The IT nature of Dante means it has applications beyond broadcasting and the general audio/AV sectors. Among the other, vertical markets that Audinate has identified for its technology are education, finance, government and healthcare. "That's from where we have had requests to make Dante more secure," Rush comments. "Some broadcasters have asked for that as well. There is a desire to lock the system down and treat it more like a traditional IT network." 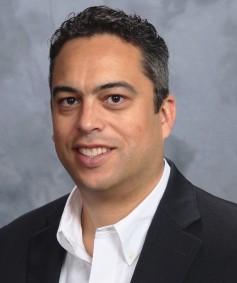 Such requests - and viewing Dante as an IT networking system that could be used for audio and broadcast rather than a product aimed at one or two specific areas - was, Rush explains, the genesis of DDM. "It provides key features, one of which centres around traditional IT user authentication," he says. "It's like if you sit down and look at a Windows environment; you can set up admins, different types of users, giving them access to certain devices and not to others. Even within those devices you can shape what those roles will be. You can control the entire network to the level of saying who is a guest and what can be seen."

Another important feature - and the reason the product is called the Domain Manager - is based on the concept of domains. The traditional idea of computer networking is that after plugging into a LAN (local area network) or B-LAN (broadband-LAN), the devices that become visible are those you have to work with. "If you wanted to set up different rooms or facilities you had to match them with the LANs or B-LANs," Rush says. "With DDM we've done away with the concept of the physical network being the network of your devices."

The aim behind adopting this methodology, Rush continues, is to be able to create networks that are as big or as small as required, with the option of crossing sub-nets. This, he adds, applies particularly to broadcasting: "Broadcast facilities tend to be pretty large, with different recording studios and LANs. You can now pass audio across those networks because they'd be contained within anything plugged into that switch. This gives the flexibility of having the device groupings however you want to do it, by a room or an entire building or a campus."

A third component of any networking management system, which has been incorporated into DDM, is reporting and being able to visibly track changes. This is done through a "dashboard", with "gas gauges" that graphically display the level of storage on the server, plus an auto log and tracking of who did what on the network and when. "There is a high level of accountability of the changes and the ability to track back," Rush says. "We also have alerting, which means instead of just sitting back, the dashboard can be set up to send you email alerts, whether to the person on site or the actual broadcaster or anyone managing the network off-site, such as a system administrator."

Rush observes that DDM is modelled on many tools that would be found in an IT operation, which he says is necessary because there is increasing interest in running data - including audio - over converged networks. "In the early days we used to see more of the attitude 'Yes it's running over IP but it's set up as a separate network'," he comments. "In those cases it was the computer and printer on one network and the AV network in parallel. More and more they're converging and I do think that's an important part of the conversation. The reason we're reaching out to the IT community is that dialogue has to take place."

Because of this, Rush thinks, broadcast engineers and systems integrators need to have enough knowledge of computer-based technologies to allow them to communicate their needs to the IT manager. This also means allaying any concerns IT people have about what effect broadcast technologies might have on a network: "Probably the single biggest question we get is about the impact on bandwidth, particularly with audio, even though it's minimal. But we need to explain things like embedded audio signals. But Dante plays nicely to IT managers because it uses all the common protocols they're familiar with. They're now much more open to it and things like AoIP going over a shared network."

Audinate is also promoting DDM for specific broadcast situations, such as large outside broadcasts on live events, including concerts and sport. "A typical example is having an OB truck at a stadium, with live audio coming from the stage or field on one network and an announcer on a different network," Rush explains. "With DDM you can set those up still as individual groups because they have different access levels, with different user roles and permissions. You may not want to give the engineer in the OB truck access to the audio in the venue, so you can keep those as separate islands but control how and where the audio passes [through the system]."

DDM, which works in conjunction with the latest version of Dante Controller, is something of a departure for Audinate. Which is why the company has come up with a new approach to both the way it sells the product and how third party interfaces are developed. "This is part of the reason DDM was announced much earlier than the commercial availability," Rush comments. "The traditional business model for Dante was; we sold chips into manufacturers who built the products and brought them to market. But because this is higher end we're building up a reseller network. Unveiling it early gave us the time to build up that network. DDM requires a firmware upgrade for all the partners and we wanted to give them enough time to get that tested in the products, which would then be available for the launch."

DDM came fully on to the market in February and has been seen at a number of trade expos, including IBC, ISE, BVE and the NAB Show. Audinate recently announced that 400 products from a variety of manufacturers are now ready for DDM, which will go some way to promote both the new management system and AoIP in general. As Joshua Rush concludes, "It's only as valuable as the devices it can talk to."