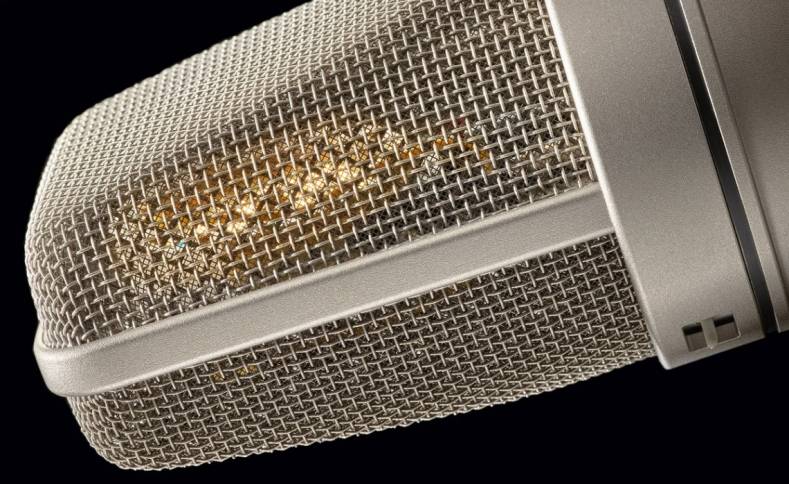 ‘Legendary’ is an overused word. It is also often misused, when people mean something or someone that was prominent or achieved much in the past is missed or fondly remembered. But sometimes it does fit, even when talking about microphones. In the first of an ongoing series we look at a microphone that became a legend during its relatively brief production life and which is now being manufactured again to its original specifications.

The Neumann U 67 was introduced in 1960 as a replacement for the U 47 vocal mic, which was discontinued when production of a key component, the VF 14 M steel tube, was terminated by electronics supplier Telefunken. Like its predecessor, the U 67 was aimed at voice recording. While this was primarily for vocals in music, the new large diaphragm mic was also adopted for spoken word work, both in radio and voice-over sessions.

Originally this addition to the Neumann portfolio was designated the U 60 to mark the year of its introduction. The name was changed early on to keep consistency with the U 47, which was produced between 1949 and 1965 and set the template for many of the company's later vocal mics, including the U 67. This naming policy continued with the U 67's ultimate successor, the solid state U 87, which, slightly confusingly, appeared in 1967.

The U 67 was designed with three polar pick-up patterns: cardioid, omni-directional and bi-directional (also known as figure-of-eight). Among the innovative construction techniques used for the new mic was a capsule membrane made from Mylar (polyester film or plastic sheeting), which was fixed in place at the correct tension by a brass ring instead of being glued. The dual capsule provided a truer figure-of-eight response, while an internal cut-off filter and external pad switch were added to offset the proximity effect. 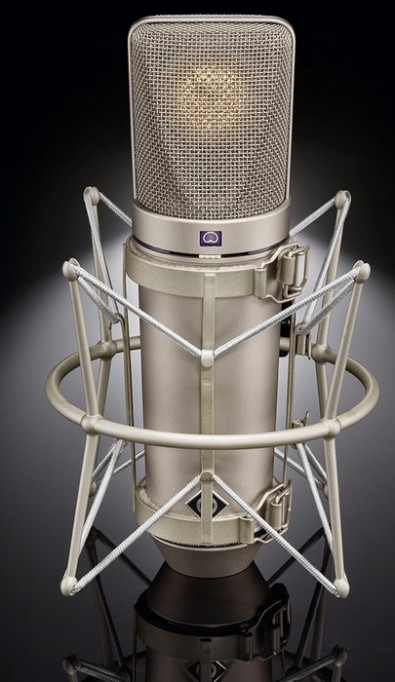 Neumann U 67 in its suspension cradle

Part of the U 67's appeal was its smooth, long shape, making it something of a design icon that influenced the look of many large-format mics that followed. This was made possible in part by the small EF86 tube, which allowed for a slimmer housing. The key part of the design, however, was the overall shape. The wedge-like head grille and tapering mic body set the U 67 apart, not only from the more bulbous U 47 but other mics of its era. Neumann patented its design, although the general style has since been used by other manufacturers.

The U 67 was adopted by the big recording studios of the time, including Capitol in the US and EMI's Abbey Road studios in the UK. "There are many artists who made their careers with the U 67," comments Wolfgang Fraissinet, president of Neumann Microphones. Production of the mic stopped in 1971 - a time when more mic manufacturers were moving towards solid state technology - but it continued to be part of studio equipment portfolios. Other companies have also enjoyed a good trade in U 67 clones, copies and replicas.

Neumann reissued the mic for a limited run in the early 90s and since then, says Fraissinet, people have continued to ask for it. Fraissinet has been with the company for 28 years, joining long after the U 67 was first discontinued. While he was not privy to the reasons behind that move, Fraissinet says it was "definitely not for the lack of availability of parts". This latest reissue comes in the year Neumann celebrates its 80th anniversary, although it is not strictly part of those celebrations. "Within this year we thought about coming up with something that was more than just a new product," Fraissinet explains. "It's kind of a legendary product and we wondered if we would be able to make it again to the original technical specifications and not just the [physical] design." 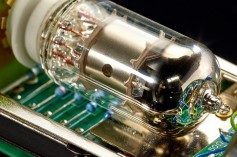 Neumann still had the filters as part of the U 87, as well as the FAT 100 transformer-less technology. "It was the fashion at the time," Fraissinet says, "and is how vocal and instrument microphones developed. There is still a desire for the old tube sound, which has a lot of warmth." A critical part of the design, and the deciding factor in going back into production with the U 67, was the EF86 tube. Fortunately, Fraissinet comments, "a lot of stock" of this was still available.

Alongside this is the KK67 capsule and the BV 12 output transformer, which has been reproduced to the original specification documents. There is a new power supply, the NU 67 V, but this is fully compatible with older U 67s. "We said we would only re-make the U 67 today providing it would be made as in the old days to the original specifications with the old sound," Fraissinet says.

To achieve this the reissue is been manufactured at Neumann's facilities in Germany by a specially trained team. "It's all handmade, to a certain extent," Fraissinet explains. "Some of the components have been made specially for this production run because they are things that cannot be bought in a normal electronics store. There are parts that have been designed to the original specs." Some concessions have had to be made to today's requirements, including assembling the product in a way that complies with modern legal and environmental requirements, such as the RoHS (Restriction of Hazardous Substances) Directive.

While the U 67 is not being mass produced, Fraissinet says this new version is not a special, limited edition: "This is not going to be a set number of products. We will make the U 67 again for as long as there is a supply of materials." The microphone was reintroduced at the NAMM music technology show in Anaheim, California during January. It was seen more recently at the NAB Show in Las Vegas, which reflects the part the U 67 has played in broadcasting, especially for voice work.

Neumann has also produced a collector's edition of the U 87, which can be seen as the electronic version of the U 67 and has now hit the big 5-0. This release is more closely tied with the 80th anniversary of the company and is finished in brushed Rhodium, a precious metal related to Platinum.

The U 87 has slotted into similar applications as the U 67; music recording and voice-over work. But it likely that the reissued U 67 will raise the most interest and nostalgia. Even with a price tag in the region of £5000.