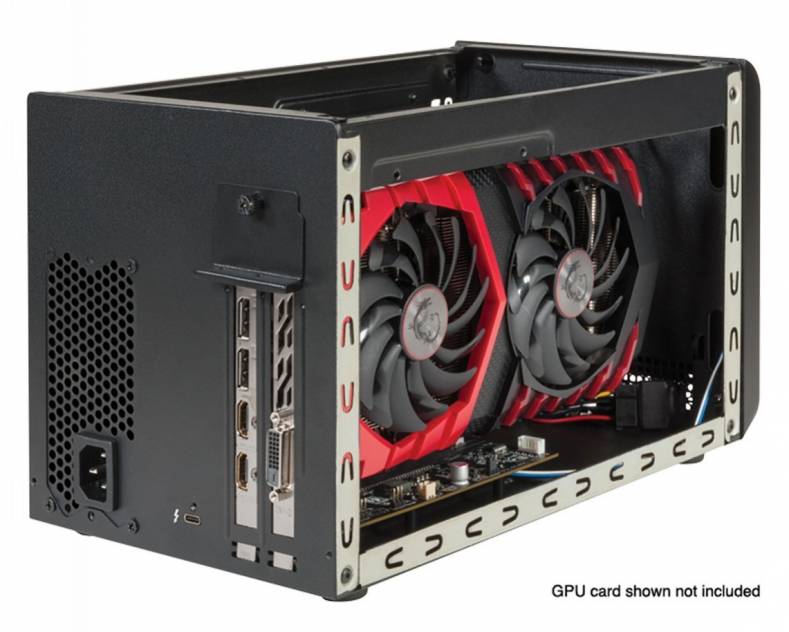 The Sonnet Technologies eGFX Breakaway Box 650 provides a single slot for connecting any size Thunderbolt-compatible GPU card, and features enough room for many high-performance water-cooled cards — making it ideal for professionals and gamers who need to run bandwidth-intensive graphics applications on their eGFX-compatible notebook, all-in-one, or other small-form-factor computers. The unit is equipped with a 40Gbps Thunderbolt 3 port that enables data transfers up to 2750 MB/s, and supports all Thunderbolt-compatible GPU cards — such as AMD Radeon R9, RX, RX Vega, and Pro WX models; and NVIDIA GeForce GTX 9 and 10 series, Titan X and Xp, V, and Quadromodels. In addition, the Breakaway Box 650 includes two eight-pin auxiliary power connectors and provides 87 watts of upstream power (Power Delivery), useful for powering and charging a connected notebook computer that supports Thunderbolt 3 charging.