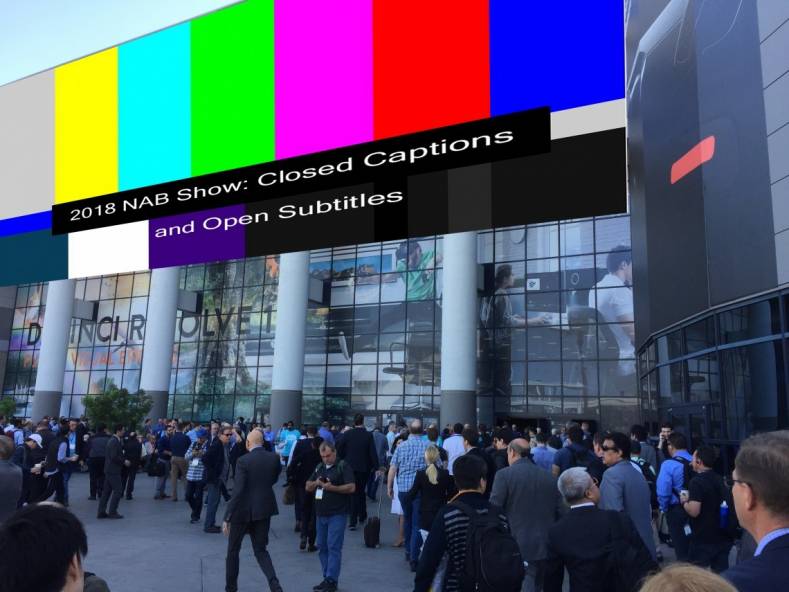 The 2018 NAB Show will be noted historically for several reasons. Annual visitors attending the show with specific needs and budgets tend to be a bit myopic. Most TV stations are already satisfy captioning requirements and regulations. Even so, new captioning technology makes the service better, faster, more effective and less expensive.

The FCC and most TV regulators across the world require captioning, including building it into every TV set. The original objective of captioning for the hearing impaired remains unchanged.

However, some dialog is occasionally intelligible to nearly everyone for one reason or another. Viewers are learning that captions can enhance the experience by supplementing the dialog, like reading the words while hearing a song. It helps everyone understand what they are watching.

At the 2018 NAB Show, numerous captioning solution companies displayed their solutions and services. The following recaps captioning highlights at the show by manufacturer, in alphabetical order. ENCO’s popular enCaption3 solution was updated to enCaption4, which was shown at the NAB Show.

New for NAB was enhanced integration to Newsroom Computer System (NRCS) MOS integration. This further improves accuracy by empowering enCaption4 to learn correct spellings from news scripts and rundowns prior to live newscasts, and without manual intervention. Additionally, enCaption4’s multi-speaker identification speaker eliminates crosstalk and other on-air confusion when multiple hosts and guests are contributing to live broadcasts. enCaption4 identifies speech from each speaker through dedicated microphones and processes each speaker separately.

The flexibility of enCaption4’s deployment options within automated production workflows also ensures optimal cost-efficiency and operational flexibility. And with support for more than 20 languages, enCaption4 stands alone as the industry’s most affordable, flexible and versatile captioning solution for dynamic, high-pressure live production environments.

Debuting at NAB was a file-based (non-live) transcription as a cloud-based captioning service that guarantees 99% accuracy. It ensures that the transcriptionist can quickly generate an accurate transcript of the audio. The resulting transcripts are made accessible from the cloud within two to eight hours, depending upon how quickly the captioned content is needed to achieve proper compliance.

Prior to the show opening, ENCO announced the enCaption4 had joined the growing NDI video over IP ecosystem. The enCaption4 systems on display in the exhibit included the new NDI capability.

EEG joined more than 50 manufacturers at the IP Showcase at NAB 2018, organized around the new SMPTE 2110 video standard. Solutions shown by EEG were designed for completely native 2110 live captioning, as well as transitional solutions on the EEG HD492 SDI encoder to co-originate SDI VANC and 2110-40 streams based on SDI program audio.

On display in the EEG exhibit as the latest enhancement to EEG's cloud-hosted automatic live captioning platform, Lexi. Announced earlier this year, newly developed "Topic Models" empower the system to recognize topics, immerse itself in distinctive vocabulary, and observe context through the absorption of relevant web data unique to each implementation. This ground-breaking advancement enables Lexi to perform in real-time with a degree of accuracy that reaches beyond previous speech-to-text systems.

As part of Lexi’s setup process, users are now invited to select one of EEG’s developed topic models. Or, users can generate their own custom model by supplying Lexi with any combination of reference URL’s or other bulk text data specific to their subject matter or locale. As it absorbs the data, Lexi observes context of new words and names to recognize where and how they are often used. 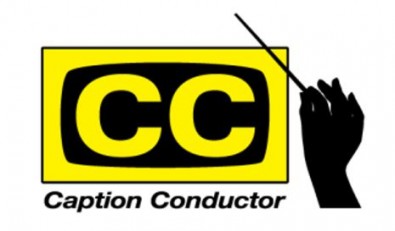 The Evertz Caption Conductor is an end-to-end, all IP closed captioning system.

Caption Conductor’s flexible IP infrastructure can be deployed onsite within a broadcaster’s facility or in a public cloud environment. It can be deployed in public datacenter environments including Amazon Web Services. Caption Conductor’s cloud-based architecture offers numerous operational advantages. These include reduced hardware footprint and lower capital expenditures as well as the ability to more rapidly scale-up captioning capacity to meet surges in demand.

2018 NAB Show announcements from Link Electronics and IYUNO were both recently covered in The Broadcast Bridge. Isis Subtitle File QC was demonstrated in the Starfish exhibit.

Starfish Technologies launched a major software revamp to its Advantage Video Description product range, which has gained universal praise during its initial roll out to Starfish customers.

the NAB Show, Starfish featured several products including Subtitle File QC. The Isis Subtitle File QC Service automatically processes industry standard file formats including EBU .stl, and .pac files. It runs as a Windows service and will automatically process any subtitle or caption file that appears in the ‘Source’ watch folder. The Subtitle File Compare service was also demonstrated, as was Subtitle Routing, a TransCast subtitle exchange system that routes RS232 or IP signals in a subtitle routing application.

TransCast DVB Live was also on display. The real-time system extracts Teletext subtitles from an SDI input video source and provides a DVB subtitle stream output, via UDP or ASI.

Live VBI subtitle decoding and burn-in was addressed with the EnVision Live system. It decodes VBI closed caption information present on the SDI video input signal and converts it in real-time, to burnt-in subtitles on the SDI video output. The system is particularly useful for low cost regionalisation of TV channels. Nearly all IP caption insertion systems are cloud-based, requiring content to be moved first to the cloud, there captioned, then re-encoded and re-streamed for delivery. This introduces significant opportunity for human and mechanical error, ultimately impacting the quality of the final content. In contrast, Telestream’s live captioning solution with Lightspeed Live Stream eliminates restreaming, instead encoding the live captions within the original stream and ensuring the best possible quality.

An 3Play interactive plugin to a website allows visitors to search the spoken audio and jump to any point in the video by clicking a word in the transcript.

3Play Media showed several solutions for the first time at NAB. One solution is the “Expiring Editing Link.” It allows 3Play users to give non-3Play users access to specific files, without having to give them their 3Play username and password. It allows non-3Play users to edit and review a specific transcript or translation for a defined timeframe. Users are given access to an editing interface displaying the chosen file, and nothing else. The Expiring Editing Link works for all your caption, transcription, and translation files.

In response to the FCC’s requirements to caption online video clips and montages from full-length programming that previously appeared on television, the company announced 2-hour turnaround for short files and video clips, which is the fastest turnaround in the industry. This short-turnaround option allows content creators to get clips captioned and online as quickly as possible.

The company also showed Audio Description, a solution that uses synthesized speech-to-voice descriptions, and provides three voice options and three speed options. Extended audio description pauses the video to allow for longer descriptions in locations where there is not enough space to sufficiently describe the visuals. VoiceIneraction recently shared that ABC affiliate WSIL-TV has been using AUDIMUS.MEDIA automatic real-time captioning for more than a year.

An automatic live translation module can produce a text stream in a new language, making the content accessible to wider audiences. The live-dubbing module that creates an extra audio track produced by a foreign-language synthetic voice, further helps media companies to instantly reach worldwide viewers. Multi-language speech recognition produces captions for all speakers in a live show, not limited to a spoken language defined in advance.

Being built on an extensive machine learning backbone, AUDIMUS.MEDIA performs a daily update of the vocabulary to make sure that unusual names and terms are covered in breaking news. The knowledge base can be further enriched with local names as well as custom word pronunciations. Moreover, an expletive dictionary is applied to filter out inappropriate expressions.

To cope with the increasing number of video distribution platforms and legal requirements for online and offline video captioning, AUDIMUS.MEDIA can deliver its captions to several platforms simultaneously through Closed Caption Encoders such as Link Electronics, Evertz, EED DoCaption and Wowza Streaming engine. It works with any encoder/CDN able to receive video with CEA-608 captions muxed by software.