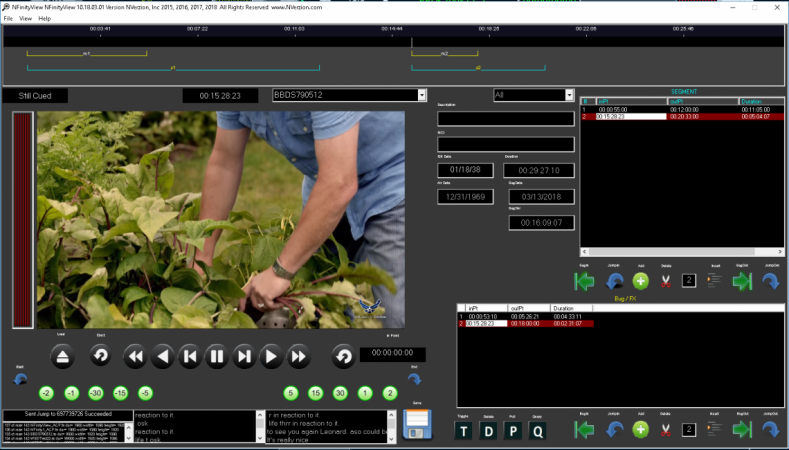 The highlight for broadcast automation specialist NVerzion during the 2018 NAB Show was the launch of the ARAMYST programme preparation system. This is designed to speed up the transcoding, topping and tailing and segmenting of shows distributed for syndication by automating all the processes involved.

NVerzion states that it carried out a "straw poll" of broadcasters and facilities using its systems to estimate how much time is spent preparing syndicated material. The company says this revealed that even at the most efficient operations, between ten to 15 minutes is devoted to transcoding and generally making a 30-minute programme going on to the PitchBlue platform ready for transmission. NVerzion says half-hour programmes in Pathfire format can take up to an hour to prepare.

ARAMYST is claimed to speed up the process considerably for both PitchBlue and Pathfire files. The system works with metadata from the syndication providers; this is used to divide programme into segments, ready for local ad insertion. Different IDs can be assigned to a number of channels, each aimed at different markets.

The automation is based on another new product, the NFinity broadcast video server. This runs on four simultaneous channels, taking material from any storage system connected over a network. It also has graphics and transition capability and can play "almost any file" in native format.

The NFinitityView quality control (QC) option is included as part of ARAMYST and provides a timeline of each segment plus media events in full resolution video. Using this operators can alter the length of segments and events, while at the same time managing the media database.