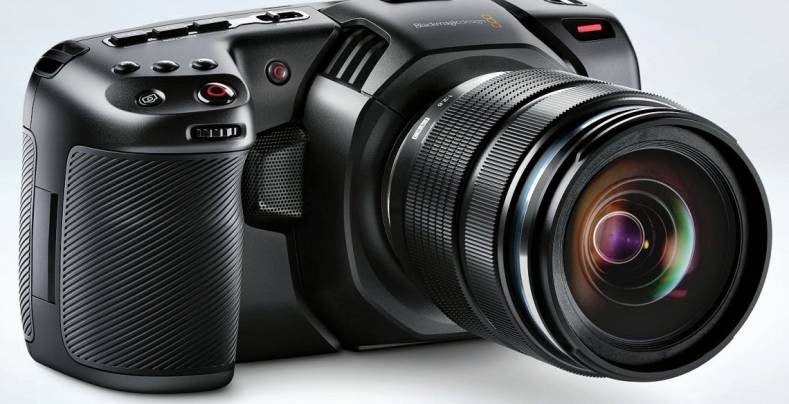 At the conclusion of every NAB, when we’ve decompressed and had time to let all the information sink in, each of us forms impressions of what was our highlight of the show. In my case, it was the new generation of 4K micro-four thirds cameras, an imaging system that further democratizes high-quality video making.

This trend was epitomized by Blackmagic Design, with their introduction of the $1295 Pocket Cinema Camera 4K. (To be available in September.) This ground-breaking new 1.2 pound camera has a 4/3 size sensor with 4096 x 2160 resolution, 13 stops of dynamic range and dual native ISO (400 and 3200) up to 25,600. It enables HDR images and offers remarkable low light performance for the price. 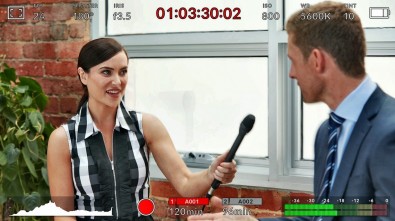 The Blackmagic Pocket Camera 4K provides a new level of sophistication and versatility. Click to enlarge. 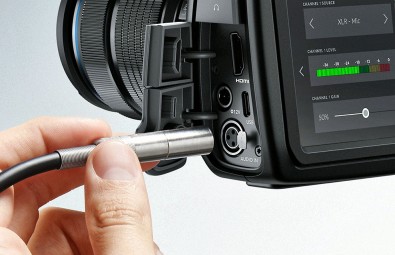 The camera offers sophisticated audio recording so no outboard recorder is needed. It has four built-in microphones and a mini XLR input with 48 volts of phantom power for connecting professional microphones. There is also a 3.5mm stereo audio jack for video camera microphones.

External buttons and dials give users quick access to the most important functions. Operators can quickly check framing and focus, capture audio and record files without having to carry around extra monitors, microphones, recorders and cables. The camera offers several mounting points and built-in Bluetooth allows wireless control with any iPad.

Because the camera has a full size, 4/3 sensor, it reduces the crop factor, offering a wider field of view. The device can record at up to 60 frames per second in 4K and up to a massive 120 frames per second for windowed HD. The camera uses Micro Four Thirds (MFT) lens mounts designed specifically for smaller camera bodies with a shorter flange focal distance. The mount is flexible and allows for different lens adapters. Adapters for PL, C, EF are available, so lenses from manufacturers such as Canon, Nikon, Pentax, Leica and even Panavision can be used.

For recording, the camera offers three kinds of media to choose from. Images can be recorded on to standard SD cards, faster UHS-II cards or CFast 2.0 cards. High definition video can be recorded using standard SD cards. Higher performance UHS-II cards can be used for recording Ultra HD in ProRes at up to 60 frames per second and RAW at up to 30 frames per second. CFast cards can record 12-bit RAW at all supported frame rates.

For longer recording times, users can record directly to an external SSD or flash disk using the built in USB-C expansion port. This port can be important when shooting high-quality lossless 12-bit RAW or even high frame rate 60 frame per second 4K. Nothing about the camera is proprietary. The files will work with all professional post production software. In the box with the camera, is a free copy of the full version of DaVinci Resolve Studio software. Editing can begin immediately. It is included in the $1295 price.

The camera has a full-size HDMI connector for advanced features such as HDR output and a clean 10-bit output with on screen overlays showing full camera status. It uses a standard removable Canon LP-E6 type batteries. You also get a locking DC power connector so it can’t be accidentally disconnected in the middle of a shoot. The included 110 - 220 volt plug pack can be used to simultaneously power the camera and charge the LP-E6 battery.

The USB-C Expansion Port accepts power so users can charge the battery from portable battery packs, a mobile phone charger or even a laptop computer. 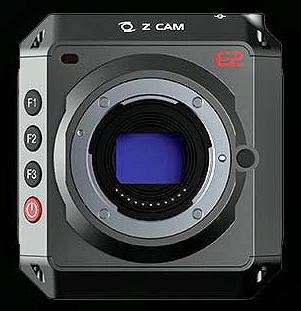 Though Blackmagic was considered a star of the show with it’s groundbreaking new technology, it wasn’t alone in introducing a new micro four thirds camera. Z Cam introduced the E2, a 4K, 120fps micro four thirds camera targeted for online and live streaming use. It has 10 bit color, H.264 & H.265 (10 bit), a 4/3-inch Sony CMOS sensor, a MFT lens mount and a Gigabit Ethernet port for control setting and live streaming.

It also has an iOS app for control setting and live preview and a deep learning engine built-in with SDK. It can be used for advanced robotics. A global shutter variant is to be available soon. The camera is priced at $1,999.

These revolutionary cameras promise to once again shake up the video market. Ten years ago, when the first DSLR-style cameras emerged, the promise was there and users quickly adopted and adapted the format. Now, the design is being perfected, with the cost lower than ever. A price of $1295 with a full editing software package is a ground breaker, certain to open the doors to still another generation of video makers.

What we are now seeing is the availability to virtually anyone of professional 4K video recording technology. That has never happened before on this level. When these new videographers acquire the skills to use the technology well, we will enter a new, even more video-centric society.