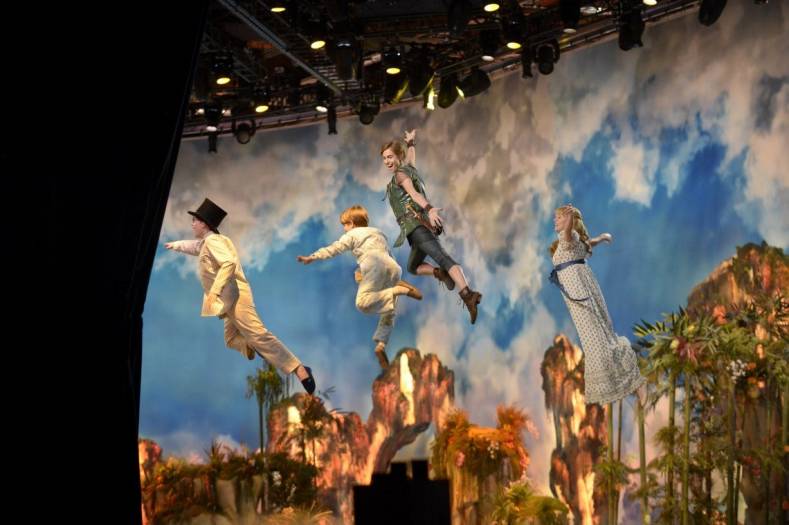 DPA microphones being used on the NBC production Peter Pan.

NBC continues to capture all of the magic (and uncertainty) of the Golden Age of television, when stage plays and dramas were broadcast live and anything could go wrong at any minute, so the equipment had to work the first time out. One of the challenges of live TV is capturing the actors’ voices without interference or delay.

To capture the ambient sounds and dialogue for its latest live TV entertainment event, “Peter Pan Live!,” NBC called in sound reinforcement company Firehouse Productions and audio producer Mark Dittmar, whose microphone of choice is DPA Microphones. Dittmar said his goal was to create an atmosphere of those old time theater productions in today’s surround-sound equipped living rooms by recording directly into a Digidesign ProTools digital audio workstation system and the sending it out as a 5.1 channel mix.

The live TV production attracted over nine million viewers—following the success of the network’s 2013 the “Sound of Music,” which used the same microphones and recording gear. Ditmar used DPA’s 48d:screet 4061 miniature omnidirectional microphones to “double-mic” each lead and principal actor. Due to its highly compact formfactor, a single d:screet 4061 mic was also placed around the neck of each member of the ensemble.

“DPA d:screet 4061 microphones have become our premier high-end microphone,” said Dittmar, a 25-year veteran of the industry who has worked with the DPA d:screet 4061 mic on a number of Tony Awards productions, and serves as lead design and integration engineer for Firehouse Productions. “Even knowing where the microphones are hidden, you cannot see a single one. It’s the combination of size and sound quality that makes the d:screet 4061 the perfect choice for this application. We were even able to hide two on one person. From my experience, the sound quality of the microphones is spectacular and that is especially evident when miking an actor who has a very dynamic vocal range.”

Since “Peter Pan Live!” was not shot in front of a live audience, the audio team also had no PA system to hide behind when it came to hiding background noises. “Literally every single sound on the set is audible and some microphones are so sensitive that you even get noise from their wires,” Dittmar said. “The DPA mics don’t have this obstruction. The sensitivity of the noise is like nothing else I’ve ever dealt with. The microphone works very nicely for us in that it’s not adding anything unwanted. What’s more, they are a very popular Broadway microphone. We have a whole team of A2s that had to mic the cast and the d:screet is absolutely a top choice for them.” 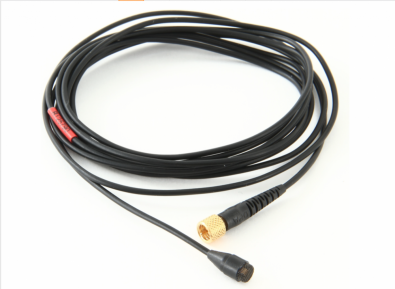 The combination of size and sound quality make the d:screet 4061 the perfect choice for live TV applications.