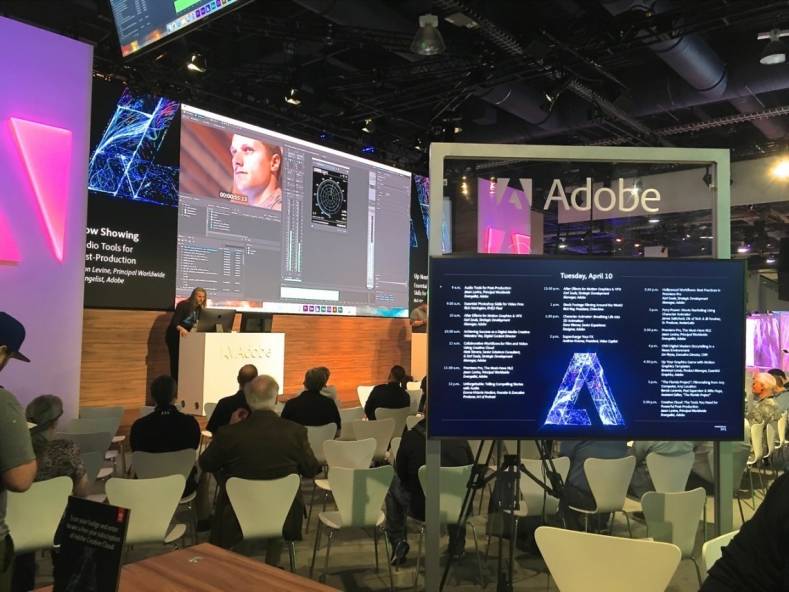 Adobe partnered with systems from over 52 companies at its own booth.

NAB 2018 was an important show for Adobe Systems as they brought the power of Artificial Intelligence to their rapidly expanding post production systems. 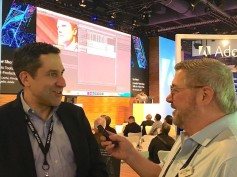 “Powerful Alone, Unstoppable Together” was the theme for Adobe at the NAB Show 2018.

“We are bringing out a number of new technologies at this year’s NAB, with many of them converging to provide the right experience to the right user at the right time,“ Steve Forde, group product manager, products professional video and audio for Adobe told me on the floor of the South Hall of the Las Vegas Convention Center.

“For example, one that I like the best in Premiere Pro CC and After Effects CC is ‘Shot Matching’. It’s a new way for us to take Artificial Intelligence (AI) and Machine Learning to let the system understand a color profile from one image and apply it to another. Shot Matching’ removes the tedious work from the creative process with a single click.”

Another function that comes from AI combined with Machine Learning is “Auto Ducking” in which, to cite just one example, the volume of audio elements behind a Voice Over are dipped to allow the spoken voice to come through. “We call this overall artificial intelligence and machine learning platform ‘Adobe Sensei’,” Forde said, “and it is an example of the AI that Adobe is bringing to NAB 2018”.

Other major announcements from Adobe at the NAB Show 2018 were: