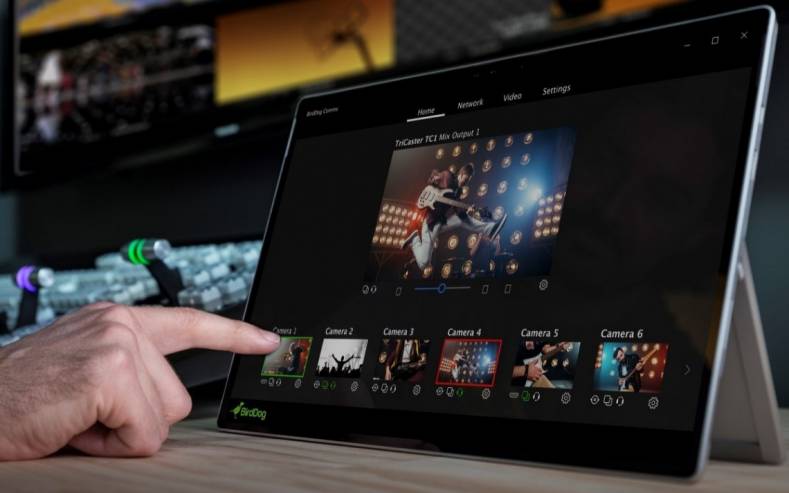 Australian base band to IP workflow developer BirdDog has extended its product line into audio with a development that it calls “visual communications”. BirdDog Audio Comms was launched during the 2018 NAB Show and is based on NDI (Network Device Interface) to create what is described as the broadcast market’s first plug-and-play video intercom.

BirdDog established its name providing video connectivity between a variety of equipment - including cameras, computers and vision consoles - using NewTek's NDI technology. This uses IP to create production chains in live broadcast environments, giving access to video, data and audio sources. The company additionally produces tally systems for indicating which cameras are on air in a studio or on location, plus NDI Encoder cross conversion units for working between SDI and HDMI and back again.

While a specific audio product is something of a departure for BirdDog, it has been achieved by extending the capabilities of NDI as used in its existing products. Chief executive Dan Miall said the Audio Comms system had been developed in house following consultations with people working on small to medium productions.

The aim of Audio Comms is to integrate live camera feeds over an intercom circuit, enabling anyone on a production to view any angle being used during the live show. Control is through live video touch screen windows coming from each camera source connected to the BirdDog system. Among the features available are groups to ensure users are on the correct channel, while also facilitating the creation of call groups. It is a push-to-talk (PTT) system, operated from the BirdDog headset. The Windows-based touch screen on a control tablet gives the director a display of the lines of communications between all the camera operators.

Miall called Audio Comms "a whole new paradigm for audio", claimed that BirdDog has invented "visual communications". He added, "This is challenging for some audio comms stalwarts but the feedback at the NAB Show was fantastic."

Also on display during the NAB Show was the new BirdDog Mini, a small, full bit-rate HDMI to NDI encoder.