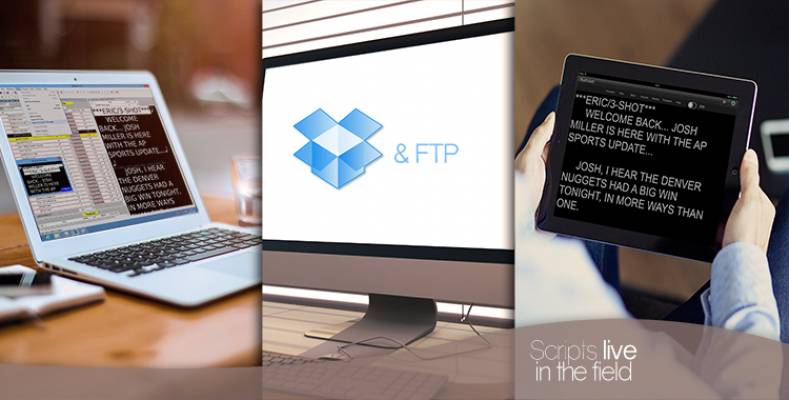 Autocue’s QMaster/QBox provides wireless prompting to any location via Ethernet.

Autocue’s QMaster software application runs on a PC in the studio receiving continuous live updates from the newsroom computer system for display on an iPad.

Autocue’s QMaster software application allows an NRCS to display the rundown (or script) to be exported from QMaster to an FTP or Dropbox account. One further push of a button and the rundown is downloaded to the iAutocue app on the iPad.

Richard Satchell, CEO comments, “For several years, studios and newsrooms have been using our QMaster/QBox solution to connect, with continuous updates, to a field-based teleprompter. QMaster Remote extends similar functionality to the iPad, making prompting in the field even more portable and cost effective.”

Presenters can mount the iPad to one of Autocue’s lightweight prompter rigs, or use the video output from the iAutocue app to connect to a traditional teleprompter monitor and use the iPad as an edit station and scroll device.

QMaster Remote will be available to existing QMaster users as a low cost, software upgrade. New users can buy it as part of a QMaster/QBox purchase, or standalone as a cut-down, on-location prompting solution.

Autocue’s QMaster/QBox is an IP-based prompting system – the QMaster software communicates with the QBox scroll engine via Ethernet. This means the QBox can be positioned an unlimited distance from the operator and the PC – so anywhere in the studio or on location, being fed with live, continuous updates from the newsroom system. The video is generated on location so there is no delay between what the operator sees and scrolls in the studio and what the presenter sees on location.