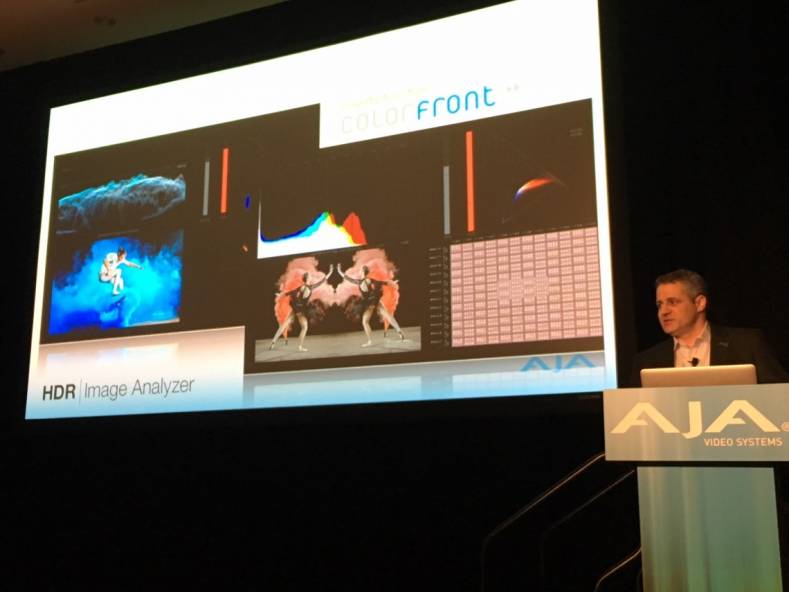 AJA previewed a new HDR Image Analyzer they are developing with Colorfront during their Monday press conference.

AJA expanded its converter line at the 2018 NAB Show to include multiple HDR versions. 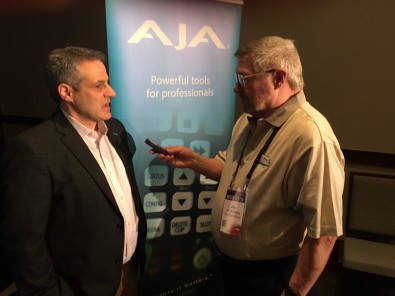 “AJA is 25 years old at this NAB 2018,” Nick Rashby, President of AJA Video Systems told the assembled press corps during their breakfast press conference in the Renaissance Hotel, “and I’m glad to say we are still growing and turning in great revenue maintaining our technology innovations and IP leadership.”

Although they had at least 10 major announcements, when I had the chance after the event to ask Rashby which was the most important, he responded, “It would start with our SMPE 2110 support, our new mini converter, the KONA IP, our new HDR (High Dynamic Range) tools, the image analyzer that we are developing with Colorfront, or the new firmware for the FS-HDR real time converter/frame synchronizer. It’s going to be a big show for us.”

Among the major AJA announcements are: