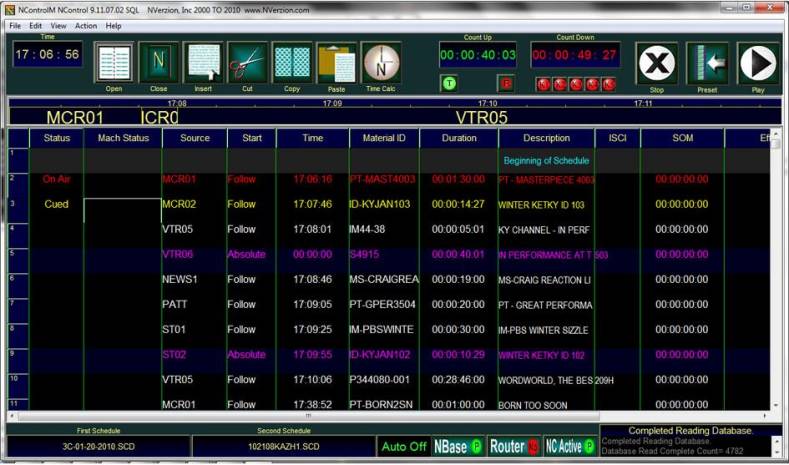 According to John Terrill, president at KULX, "During the recent migration from analog to digital and SD to HD, our channel-in-a-box automation system completely stopped working, leaving us scrambling overnight to find a new, reliable automation and video server combination solution that was guaranteed to keep us on the air.”

NVerzion's technical support team had NCloud installed, up and running with the station’s customized traffic system within hours. In addition to the exceptional customer service and technical support, Terrill has been very impressed with the flexibility, reliability, and scalability that the NCloud solution brings to his organization.

The system uses a modular-based architecture with no single point of failure. Should a failure occur, the broadcaster can bypass any piece of equipment that isn't functioning properly and still get the signal on air.

With CloudNine, the station can simultaneously record and play out audio and video content from a range of third-party commercial and program delivery systems, as well as update metadata, speeding up KULX's workflow. The flexible solution also supports popular encoding formats such as MPEG-2, MPEG-4, and AVI, SD and HD video resolutions and standards (NTSC and PAL) and can be controlled locally or remotely via an intuitive interface, further streamlining operations.

KULX's automation system is comprised of a wide range of hardware and software components. A critical and essential component to this solution is the CloudNine network-based video/audio server. It provides the station with all the functionality available in a traditional video server plus the features not found in a standard channel-in-a-box system.