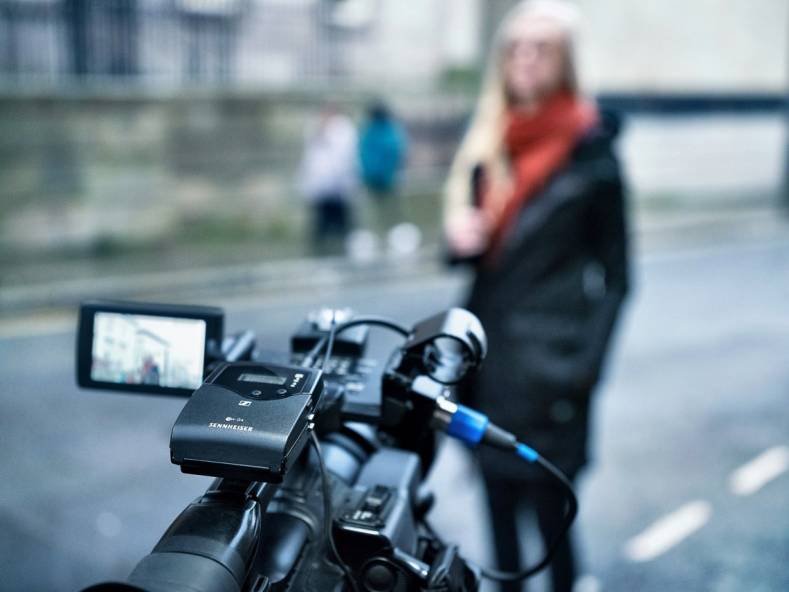 At NAB, Sennheiser’s evolution wireless portable systems have entered the fourth generation, with the company introducing a range of new G4 wireless gear for videographers.

“We are pleased to expand evolution wireless G4 with a highly professional camera series for ENG, film work, reporting and content creation,” said Dennis Stegemerten, product manager for evolution wireless G4. “The new ew 500-p series features exciting set components such as the MKE 2 lavalier mic, which has been the professional’s choice for decades.”

The user interface of the ew 100-p series allows faster set-up and control on site. There are up to 12 compatible frequencies for greater multi-system use and the housing of the SKM 100 G4 handheld is now made of lighter weight aluminum – a benefit in long interviews. 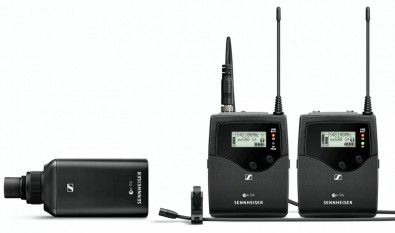 The ew 500-p systems operate with a higher switching bandwidth of up to 88 MHz (compared to 42 MHz) offering a higher channel count and easier channel allocation in congested RF environments. It offers higher power for longer reach. Output power can now be selected in three steps of 10, 30 or 50 mW, while the ew 100-p systems offer up to 30 mW of output power.

The lavalier mic included in the ew 512-p G4 and ew 500 Film G4 sets is the broadcast standard MKE 2. The ew 500-p housings are less sensitive to moisture, thus withstanding rougher outdoor use. Unlike the SKP 100 G4, which can only be used with dynamic microphones, the SKP 500 G4 also features phantom power and can therefore be used with any type of microphone, including condenser mics.