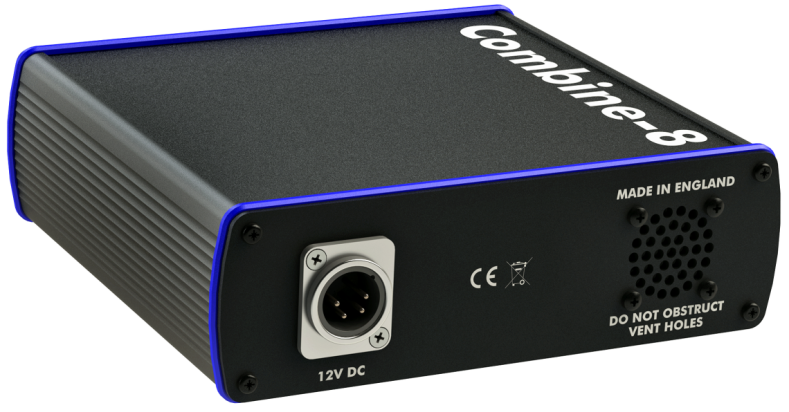 Bluebell will introduce the Silhouette Combine4 and Combine8 converters, which lets users replace four or eight SMPTE hybrid cables with one. The units fit between the camera and the CCU on up to eight camera channels to eliminate rigging time, transport weight and fault-finding.

Designed to work with the Bluebell ShaxX, Combine4 and Combine8 can be configured for two identical hybrid I/Os. The Diverse Option helps eliminate the worry of losing all cameras on a shoot if someone cuts the hybrid cable.

In that case, two identical connections carrying identical payload can be diversely routed between camera and CCU. The systems deploy self-healing ring topology, so users won't notice a glitch.

Bluebell said the Silhouette is an integrated 4K UHD robotic head system that works with SD-SDI, HD-SDI, 3G-SDI and 4K UHD cameras to provide power and control to the camera head and fiber optic connectivity for the remote-control panel.

As a result, operators no longer need to rely on stadium power. The customizable Silhouette comes in three sizes and can accommodate any combination of 4K HDR, quad 3G-SDI, trilevel sync, GigE, serial data control, communications, IFB and multichannel audio signals. Customers can choose to get power from a 12-volt DC supply, a V-Mount battery, a hybrid cable or a combination of the three. 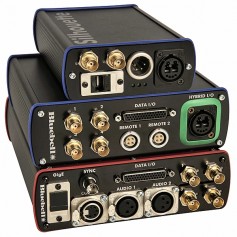 Bluebell will also show the Silhouette Sync, a larger version of the Silhouette module. It provides transport for 4K UHD, 3G-SDI, genlock, communications, camera control, data, GigE and program audio — all over one fiber link.

The Silhouette Sync has already been widely used in South Korea this winter. It is an extremely reliable way to control robotic camera heads over long distances. Although it was developed late last year, this is its first exposure at an exhibition.