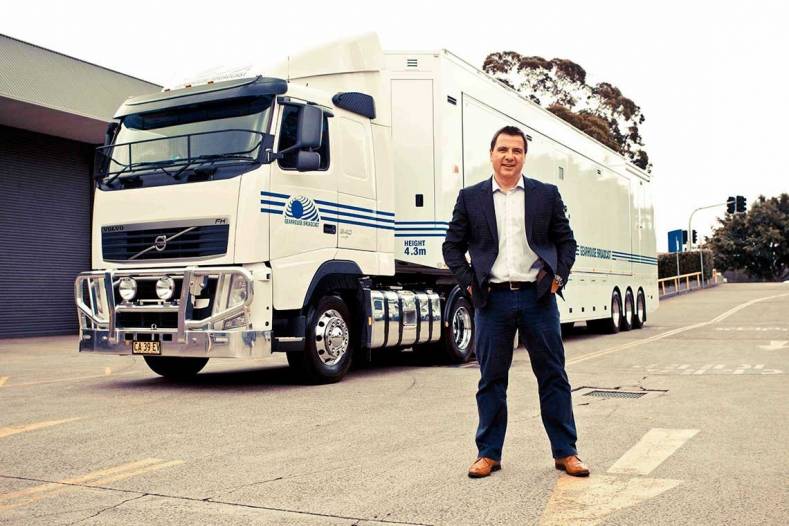 The Australian division of international broadcast services operator, Gearhouse has followed up their recent 4K Hitachi camera purchase with the debut their newest truck, HD8. truck. According to Gearhouse Broadcast owner John Newton, the HD8 is simply referred to as a “native” 4K OB super truck. Newton explained, “In order to be a native 4K truck you have to be able to handle everything from acquisition to production in real 4K and that’s exactly what our new HD8 super truck does.”

Part of the raison d’être for HD8 comes from Gearhouse’s close association with Hitachi and the launch of the company’s new broadcast 4K ultra-HDTV camera the SK-UHD4000.

Newton continued, “In the past you could only use 4K cameras with prime lenses and not zoom lenses. The new Hitachi SK-UHD4000 ultra-HDTV camera changes all that and enables the use of existing zoom lenses. The SK-UHD4000 is the only camera in the world that can do this and that’s why we purchased the first fifty SK-UHD4000s at IBC this year, twenty of which have come to Australia and twelve of which are used in our new HD8 4K super truck.” 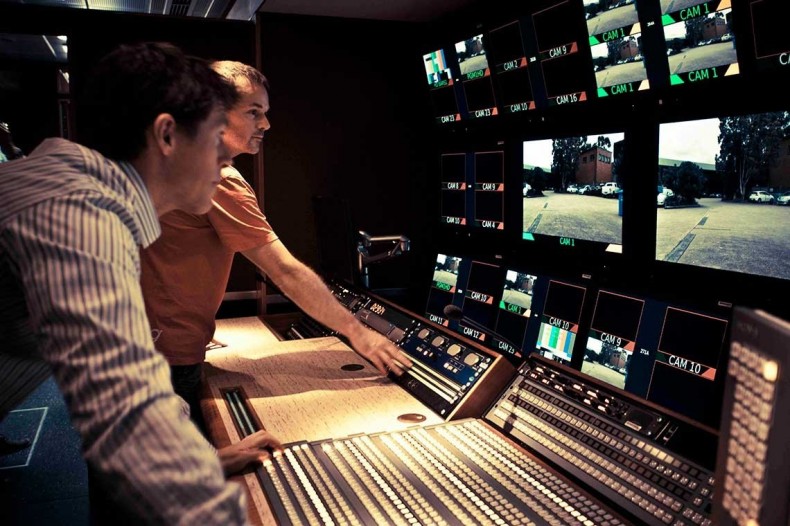 The HD8 truck has a 4K Sony production switcher, MVS-7000X

Newton added, “HD8 is even more than that as in addition to being Australia’s first native 4K truck HD8 is also capable of 2K, HD 1080i, HD 1080p and SD. For 4K HD8 is 12 camera capable. For HD it follows along the same specs as our existing HD5, HD6 and HD7 super trucks at 30 camera (24 CCU and 6 POV) capable. There’s more continuity too as HD8 carries the same 64 fader MC56 Lawo 5.1 capable audio desk, Riedel Artist 192-port talkback system and Grass Valley NVISION NV8576 hybrid main vision router as our existing trucks so all our clients can be comfortable with the systems they’ve used so many times before.”

Standalone areas in HD8 include an audio mixing and control room, replay area, production gallery, CCU and vision control and engineering space providing Gearhouse’s clients with everything they need from signal acquisition to finished programme transmission. Gearhouse is targeting HD8 at live entertainment and cinematic productions as well as sport with the truck already booked for the upcoming AFC Asian Cup in January.

John Newton concluded, “HD8 is another massive commitment by Gearhouse Broadcast to the Australian market and to our goal of being the country’s leading OB facilities provider. There are many advantages of using HD8 and its 4K capabilities. Not only is it ideal for large scale entertainment but we can also do simulcast production outputting a 4K cut and an HD cut at the same time. We can also shoot in 4K then take the HD from the CCU. In this way our clients get to see how amazing the pictures look in 4K alongside those in HD. Our HD8 4K super truck is the best of its kind in Australia and it also follows the Gearhouse philosophy of giving our clients the latest technology and the best options for their productions.”