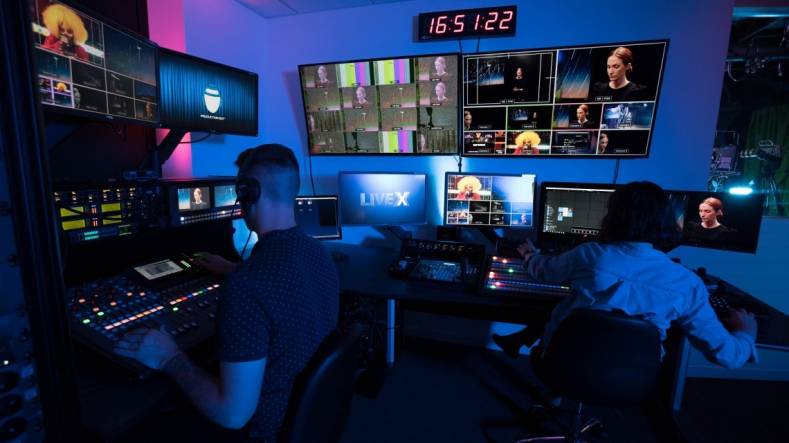 LiveX uses traditional production equipment to create its programming, which is then distributed via the internet or VOD to the audience.

In order to stay competitive, today’s video production companies have to do more than just produce video. They also have to deliver it to clients in the most efficient and comprehensive way so that it is viewed by the largest audience possible. LiveX has found internet distribution key to this goal.

LiveX, a 4K broadcast and production facility on the west side of Manhattan, New York, understands this and recognizes that in order to get the maximum exposure for its clients—and its own internally produced programs— it has to target online platforms like Facebook Live, YouTube Live and Periscope/Twitter

“There is a prevailing mood in media right now of being everywhere your audience is, and that means reaching them through their phones and on their social media applications,” said Rob Baynard, the studio's creative director. 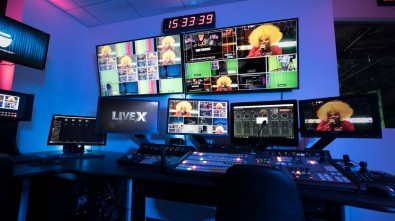 “The majority of our clients talk about using Facebook Live to reach their audience more than any other platform,” he said. “Gone are the days of drawing people out of their usual viewing habits to a white label site that has an email registration gate, blocking the content until you give up some personal information. Facebook provides frictionless viewing to the broadest number of people possible, and Facebook ad targeting allows brands and media companies to focus their content efforts directly on their chosen demographics with specificity and precision.” 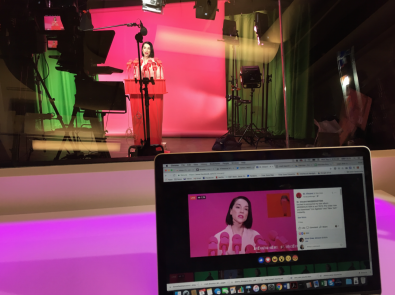 In keeping with its affordable mass-distribution-via-IP strategy, the company is also pioneering new ways to set up remote operations where the staff can control remote gear, which has been placed at live events. The workflow will save clients the operational costs of sending a crew and equipment to various locations.

“We’re really preparing for the REMI [remote integration] future,” said Corey Behnke, a producer and co-founder of the company. Since 2009, He has successfully produced the official Times Square New Year’s Eve webcast for the Times Square Alliance and Countdown Entertainment.

“Right now, the only people who can do remote productions are the people with the most money. We’re trying to make live production and streaming affordable for Fortune 1000 companies. Ultimately, they are going to want REMI capabilities, maybe reduce their costs on site and just send feeds back and have us produce the show. But it has to be at a lower price point than it is today or the business model won’t work.”

Indeed, keeping costs low is also why LiveX’s use of the Facebook Live platform has been so successful for them.

“No other social platform API has the functionality, reach, analytics and targeting so completely packaged and easy to use as Facebook,” he said. “Our hope is that other platforms will learn from what Facebook is doing and incorporate some of these features into their own live streaming APIs. 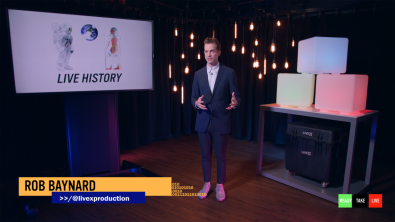 Baynard users the Wowza ClearCaster encoder to produce a weekly program called “Ready Take Live” that’s hosted by staff members and looks at new products, technologies and workflow methods related to live streaming, broadcast and video production. Using the Facebook Live platform to produce the show has helped gain traction among online viewers and reach more people than ever.  “It [the platform] allows the video on demand to start right away with talent speaking, rather than holding for 20 or 30 seconds on slate to ensure transmission has reached Facebook's servers,” he said

The encoder is easy to use with the engineer needing to just select “Paired Encoder” as the transmission method and  the source shows up automatically. This makes streaming simple and ensures that the proper encoder settings are always being used.

The power of social media is in creating an interactive dialogue that feels natural and brings the audience as close to the live event as possible. Leveraging the internet as its main distribution platform allows LiveX to provide clients with a real-time, engaged-audience experience that will keep them coming back for more.