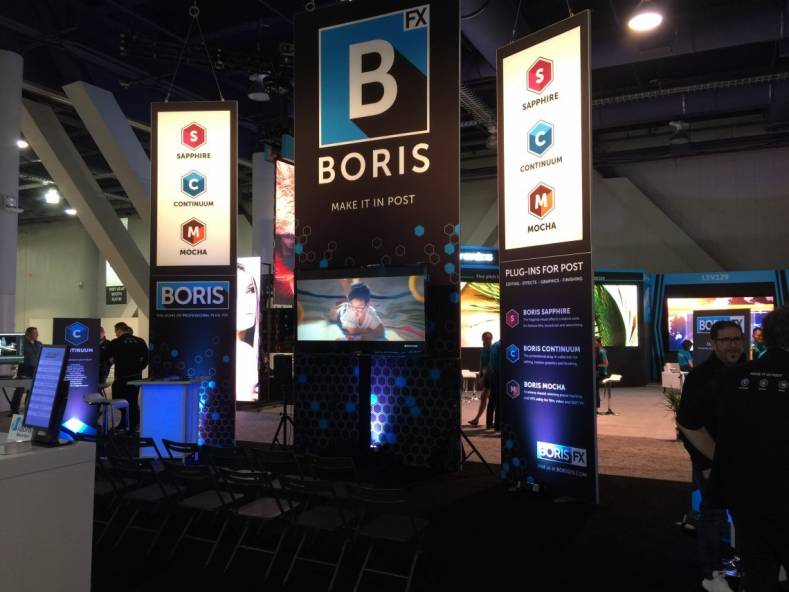 There will be a large list of guest artists demonstrating the capabilities of the graphics software at the Boris FX NAB exhibit.

Boris FX will be bringing to the NAB Show 2018 updated versions of their 3 flagship products, Mocha, Sapphire, and Continuum. But this year they will be joined by a re-boot of their Particle Illusion now with GPU acceleration.

The new GUI for Particle Illusion, designed to be easier for editors to use.

“I’ve hired Alan Lorence, who originally developed Particle Illusion, as my product manager, and now it’s back and faster than ever,” Boris Yamnitsky, founder/CEO of Boris FX began in our one-on-one pre-NAB interview. “It now has GPU-acceleration, and a simpler GUI that will be easier for editors to learn.”

Particle Illusion lets you create graphical animations like fire, explosions, and smoke in a two dimensional space but with random particle motion that provides a virtually three dimensional illusion.

The new screen look of Mocha has been simplified.

We’re also going to see the new Boris FX Suite 2018 and App Manager with the popular plug-ins, Sapphire, Continuum, and Mocha Pro, in one cost-effective bundle, under a single license!

“One new feature will be the ability to see the images from these softwares on broadcast monitors,” Yamnitsky said. “We’ve been working with the likes of Blackmagic Design and AJA Video Systems to send our graphics from the computer screen to broadcast displays so the creative artists can see them in the proper context.” 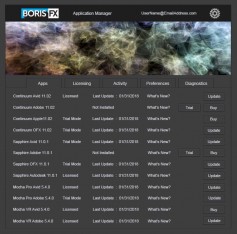 The App Manager is a centralized utility to manage and license all Boris FX products.

The Boris FX Application Manager will make it easier to install and use all these softwares together. And from now on they will be available either on a license or on a subscription basis. Software for Sapphire and Continuum can be purchased as individual units which will bring their costs down considerably.