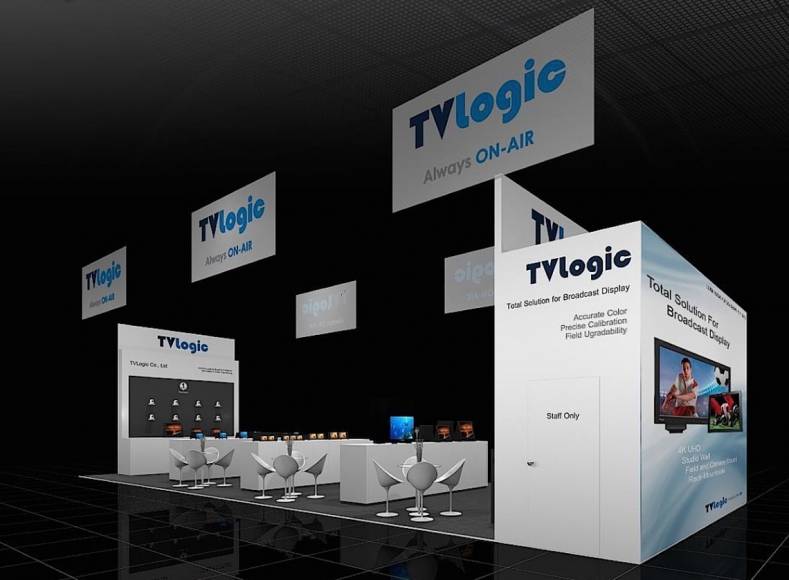 TVLogic's new exhibit at the NAB Show 2018 will be brimming with new UHD and 4K displays.

TVLogic gave us the world’s first AMOLED broadcast monitors in 2010. This year they are bringing a complete line of new screens to the NAB Show 2018 ranging from 4K studio displays to field production monitors. 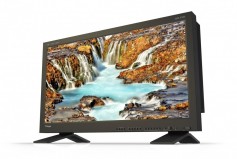 The LUM-318G monitor is replacing last year's LUM-310A and has emulated HDR capabilities.

Both have 31.1-inch screens, a contrast ratio of 1500:1 and wide color gamut. They each offer Waveform monitor and Vectorscope and accept various video formats up to 4K/60p through single-link 12G-SDI, Quad 3G-SDI and HDMI 2.0.

It was refreshing to hear Mr. Lee tell me that the reason TVLogic uses the term “emulate” in describing these LCD displays is because they can’t quite reach the 1,000 nits of brightness required for true Rec. 2100. But the LUM-318G does reach 850 nits and the LUM-313G will give you 350 nits.

Again, welcome candor. Despite several display manufacturers’ claims, up to now only Dolby Labs give you true Dolby Vision monitors—and they are very rarely sold. 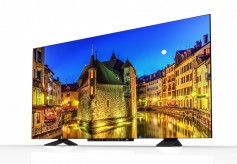 More camera-specific HDR logs and gamuts will be supported by firmware updates.

It outputs 750 nits of brightness, and like the others emulates various HDR standards including PQ and HLG. It also supports multiple color gamuts including Rec.709, DCI, and 80% of Rec.2020. 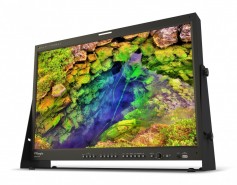 An array of cinema camera log-to-linear LUTs, easy field upgradability and a full array of image processing features are standard on the LVM-241S.

TVLogic will also have two new LCD displays for field recording that can also be employed as master studio monitors.

These include the 16.5-inch LVM-171S and the QC-grade 24-inch LVM-241S which, in addition to picture-in-picture, re-deigned picture processing and enhanced contrast ratio, can display up to 99% of the DCI-P3 color space.